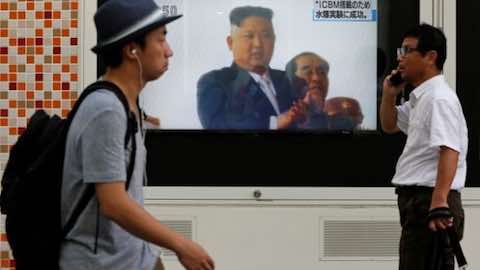 By Sheila A. Smith (Council on Foreign Relations)

Having focused on nuclear and missile testing while rejecting conciliatory calls from the South to open dialogue, Kim in a New Year's speech made his own offer for talks on how to create a peaceful environment for the Olympics and the 70th anniversary of North Korea's founding. The South quickly accepted, proposing to hold talks next week.

But it may not be an unalloyed success for South Korea's progressive President Moon Jae-in, who has staked his political future on improving relations in the North. In reality, it is an attempt to put him in an impossible bind.

Read more in The Atlantic.