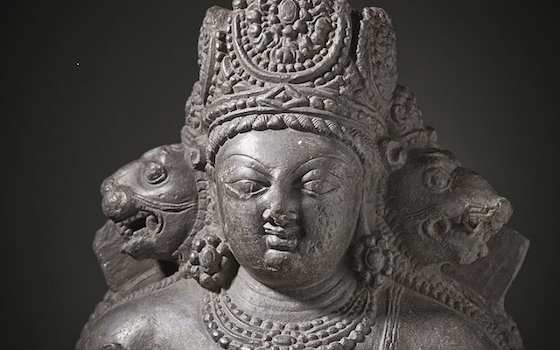 Recently, Penguin India decided to remove from circulation and destroy any remaining copies of a 2009 book, The Hindus: An Alternate Anthology, by Wendy Doniger, an eminent scholar of Hinduism at the University of Chicago Divinity School. The decision sparked widespread outrage and criticism within literary circles in India and abroad.

Penguin India's decision came after a three-year court battle over a 2011 lawsuit filed by the Shiksha Bachao Andolan (Save Education Movement), a right-wing Hindu group. The suit claimed that the book hurt "the religious feelings of millions of Hindus" and violated Section 295a of the Indian Penal Code, which makes "deliberate and malicious acts intended to outrage religious feelings of any class of citizens" criminally punishable.

Doniger, in a statement after Penguin India's decision was announced, said that she was "angry and disappointed to see this happen, and deeply troubled by what it foretells for free speech in India in the present, and steadily worsening, political climate." Despite her disappointment, Doniger added a note of gratitude to her publisher. "Other publishers have just quietly withdrawn other books without making the effort that Penguin made to save this book," she said. "Penguin India took this book on knowing that it would stir anger in the Hindutva ranks, and they defended it in the courts for four years, both as a civil and as a criminal suit."

Penguin India has blamed "intolerant and restrictive" Indian laws for the decision. "We believe that the Indian Penal Code … will make it increasingly difficult for any Indian publisher to uphold international standards of free expression without deliberately placing itself outside the law," the group said in a statement.

The episode has transpired against a backdrop of resurgent Hindu nationalism. India is slated to have national election this year with the right-wing Bharatiya Janata Party (BJP) projected to trounce the incumbent Congress Party. Hari Kunzru, a noted British Indian author, recently pointed out that "the Hindu far right … has become expert in wielding the weapon of offence to silence critics. India looks set to elect Narendra Modi (the BJP's Prime Ministerial candidate)…once he's in power, I fear the saffron offence machine will reign unchecked, and it will be very difficult for scholars, writers and artists to defend themselves."

While India's Constitution guarantees freedom of speech and expression, it also contains a rather archaic section (Section 295a) in its penal code, which makes it a criminal offense to hurt the religious feeling of Indians. Both Hindus and Muslims have exploited this section of the Indian Penal Code to ban books they deem as hurtful to their religious sentiments. This has been on display on a number of occasions -- most prominently in 1988, when protests in India led to the banning of Salman Rushdie's book The Satanic Verses. More recently, Rushdie had to withdraw from the 2002 Jaipur Literary Festival because of assassination threats.

Despite Penguin India's decision to withdraw Doniger's book from the Indian market, banning books isn't as easy as it used to be. As Doniger herself noted in her statement, "in the age of the Internet, it is no longer possible to suppress a book. The Hindus is available on Kindle; and if legal means of publication fail, the Internet has other ways of keeping books in circulation. People in India will always be able to read books of all sorts, including some that may offend some Hindus." The book's Amazon sales have born this out. In the United States, The Hindus was "number one in the Amazon Movers and Shakers chart moving 558,970% from position 335,442 to 60," proving that any publicity is good publicity when it comes to book sales.