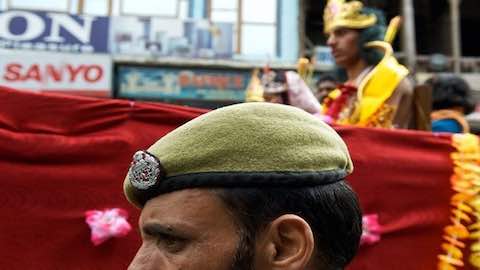 If the 2003 ceasefire between India and Pakistan is formalized with clear rules and regulations it should reduce the chances of future ceasefire violations.

There are several explanations for these events; they range from local level military factors on the border to larger dynamics of internal and external political developments. Nevertheless, one thing is certain: all these ceasefire violations take place because India and Pakistan have no formal written ceasefire agreement with clearly defined modalities or Standard Operating Procedures (SOPs) to manage their borders. Currently, what stops India and Pakistan from opening fire at each other is a 2003 'ceasefire offer' made by the then Prime Minister of Pakistan, Zafarullah Jamali, on 23 November 2003 on the eve of the Eid-al-Fitr holiday. India’s formal acceptance of the ceasefire came a few days later in a statement by the foreign ministry: "The director generals of military operations of India and Pakistan have agreed to observe a ceasefire with effect from midnight tonight along the international border [the working boundary for Pakistan], the Line of Control and the Actual Ground Position Line (AGPL) in Siachen."

It is interesting to note here that Pakistan appears to be quite eager on formalizing the 2003 ceasefire, while the Indian side appears quite reluctant to even discuss it. In his address to the 70th session of the UN General Assembly in September 2015, the former Pakistani Prime Minister Nawaz Sharif said: "We propose that Pakistan and India formalize and respect the 2003 understanding for a complete ceasefire on the Line of Control in Kashmir". And he went on to propose an expansion of the U.N. Military Observer Group in India and Pakistan (UNMOGIP) to monitor the ceasefire. Then, the following year in October 2016, the Pakistan High Commissioner in New Delhi, Abdul Basit, repeated the same offer and said: "That would help to stop the situation from further deteriorating until we are able to resume talks".

Hence, India links the formalization of the ceasefire or any sort of normalization with Pakistan to 'terrorism'. Maybe this Indian response is only a part of the country's grand strategy to pressure and isolate Pakistan – otherwise it is quite difficult to understand why India would not be willing to formalize the 2003 ceasefire when ceasefire violations have remained one of the major concerns for New Delhi. The only justification which could be offered is that India opposes any third-party involvement in the Kashmir conflict invoking the 1972 Simla Accord. Therefore, it might be against the expansion of the UNMOGIP to monitor the ceasefire. But the formalization of the 2003 ceasefire does not necessarily require the expansion of the UNMOGIP, and some security analysts in India even favour the neutral oversight of the UNMOGIP.

Ceasefire violations along LOC had become a routine business during the Kashmir uprising in the 1990s. After the 2003 ceasefire agreement they almost came to a halt during the peace process in the years of 2004-2007. However, ceasefire violations started once again in 2008 when the peace process was derailed. The official statistics from India and Pakistan suggest 2017 was the worst year since the 2003 ceasefire as the violations crossed the 2000 mark for the first time. These figures clearly suggest the unwritten 2003 ceasefire is now over, and India and Pakistan are now back to the pre-2003 situation when such violations were routine along LOC. According to Professor Happymon Jacob it was a miracle that the 2003 ceasefire survived for such a long time despite the fact that there was nothing officially written between the two countries.

Additionally, A.G. Noorani believes a durable, guaranteed formal ceasefire must be the first step on the pyramid of peace with Confidence Building Measures (CBMs) being the second and Kashmir/terrorism the final step for peace between the two. The formalization of the 2003 ceasefire basically would mean India and Pakistan enter into a new written ceasefire agreement over the LOC, the working boundary and the AGPL with clear rules and regulations regarding what constitutes a ceasefire violation and how it will be dealt when it occurs. According to international standards regarding ceasefires, the most effective tools to maintain peace are extended demilitarized zones along the frontiers, the presence of neutral observers and joint commissions for dispute resolution.

Regarding demilitarized zones: under the Karachi agreement both sides had agreed that no troops will be stationed within 500 yards of the ceasefire line, but later this rule was repeatedly violated by both sides. A new ceasefire agreement would have to bring this back and extend the demilitarized zone to 100 yards so that ceasefire violations would be less damaging.

Regarding neutral observers, the former Prime Minister Nawaz Sharif's offer needs a careful consideration from the Indian side as UNMOGIP is already there since 1949 under the UN mandate. Therefore, by agreeing to a bigger role for UNMOGIP, India would not compromise on its stance of no third-party mediation between India and Pakistan as UNMOGIP would not be a party to any negotiations between the two sides.

Regarding joint commissions for dispute resolution in case of ceasefire violations, the mechanism followed at the end of 1965 war for troop withdrawals can be adopted with some necessary changes. Under the agreement on withdrawal of troops dated 22 January 1966, India and Pakistan had agreed that "In any case where firing takes place across the border it will be investigated on the spot by a joint team consisting of border personnel from both sides within 24 hours of occurrence. Brigade Commanders/ DIGs responsible for this investigation will be designated by name and appointment sector wise."

Hence, if the 2003 ceasefire is formalised with clear rules and regulations, demilitarized zones, neutral observers and joint commissions, it should reduce the chances of future ceasefire violations. But the success of ceasefires in most of the conflict situations depends heavily on political will. Unfortunately, this kind of political will appears to be completely missing as even the goodwill gestures like Kulbhushan Jadhav's meeting with his family on Christmas day are lost in diplomatic spates and media warfare.

Nevertheless, India and Pakistan have no other option but to negotiate their disputes sooner or later. In this regard, some hopes for an early start of the peace talks were raised when India's and Pakistan's national security advisors met for 'secret' talks in Bangkok on 26 December 2017. But such hopes were soon lost as ceasefire violations along the LOC continued with the same pace in the New Year. The leadership in both countries must understand that the first point in their agenda during their next meeting must be the formalization of the 2003 ceasefire as it will keep jeopardizing the future of the peace process if left unresolved.

Saeed Ahmed Rid is a Commonwealth Academic Scholar and a Postdoctoral Visiting Fellow at South Asian Studies, School of Interdisciplinary Area Studies, University of Oxford, UK. In Pakistan he teaches at the National Institute of Pakistan Studies, Quaid-i-Azam University, Islamabad, Pakistan and can be reached at saeedrid@qau.edu.pk, saeed.rid@area.ox.ac.uk.