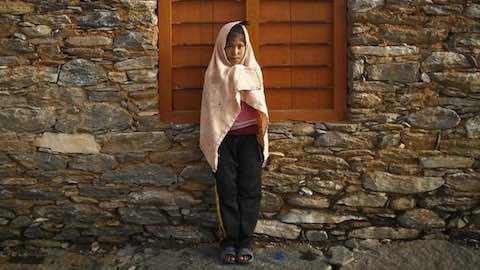 by Gopal Sharma and Nita Bhalla

A 67-year-old Nepali woman honoured with one of India's most prestigious awards for freeing thousands of girls from sexual slavery said it was the unbearable pain of victims that has motivated her to fight trafficking.

Anuradha Koirala, founder of the anti-trafficking charity Maiti Nepal, will be presented the Padma Shri - one of the highest civilian awards - by India's president at a ceremony in March or April, said a government statement this week.

"Rescued and rehabilitated 12,000 sex trafficking victims and prevented over 45,000 from being trafficked," an infographic on Prime Minister Narendra Modi's website read, listing the names and achievements of some of the 89 Padma award winners.

The small, frail teacher-turned-activist said she was encouraged by the award, and it would make her work harder to stop girls being bought and sold in the sex trade.

"The pain of victims has motivated me to continue my work," Koirala told the Thomson Reuters Foundation by phone.

"When I see their pain - their mental pain as well as physical pain - it is so troubling that I cannot turn myself away. This gives me strength to fight and root this crime out."

South Asia is one of the fastest-growing region for human trafficking in the world, according to the United Nations Office for Drugs and Crime.

Anti-slavery activists say thousands of people mostly from poor villages are trafficked from countries such as Nepal and Bangladesh to India by gangs who sell them into bonded labour or hire them out to unscrupulous employers.

Many women and girls are sold into brothels. Others end up as domestic workers or labourers in brick kilns, roadside restaurants or small textile and embroidery workshops.

India is home to 40 percent of the world's 46 million slaves, according to the 2016 Global Slavery Index, produced by the Australia-based Walk Free Foundation.

Koirala left her two-decade-long career as a teacher in 1993 and founded Maiti, which means "Mother's Home" in Nepali, to support victims rescued from sex trafficking who face social stigma and are ostracised by their families and communities.

Over the last 24 years, Maiti has established a shelter in Kathmandu, eleven transit homes along the Nepal-India border, three prevention homes where high-risk girls receive counselling and training in skills such as sewing and candle making, two hospitals and a school which teaches around 1,000 children.

The organisation also conducts public awareness campaigns on human trafficking, provides legal support to trafficked and victims, and works with police and government officials to rescue victims and apprehend perpetrators.

Koirala, affectionately know as "dijju" which means "elder sister" in Nepali, has won numerous awards from across the world for her work, including from the United Nations. In 2010, she was awarded the CNN Heroes Award.

"Unless families treat their sons and daughters equally it is very hard to end trafficking and slavery," she said.

The Padma awards recognise achievements from social work and public affairs to medicine and literature. The recipients are announced on Jan. 25, the eve of India's Republic Day.