The 'History Problem' in Sino-Japanese Relations 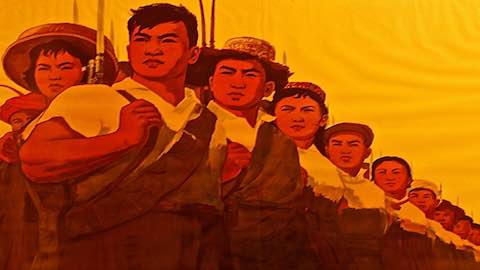 The so-called history problem has long been seen by academics and pundits as a key obstacle to the improvement of bilateral relations between China and Japan. While the specific sub-issues viewed as being part of the problem are indeed important, currently the most fundamental and overlooked aspect of the history problem in Sino-Japanese relations is the lack of agreement on what exactly the problem is.

In the academic literature, the problem is typically described as consisting of a number of sub-issues related primarily to Japan's attitude towards its invasion of China in the 1930s and 1940s, an attitude that many regard as insufficiently repentant. In this literature the meaning of the history problem tends to be understood as fixed rather than as something that changes over time. Even though numerous discussions of the problem exist and many observers agree on its importance for Sino-Japanese relations, the question of how the history problem itself is understood within Japan and China has received surprisingly scant attention. This article, by contrast, argues that while the specific sub-issues viewed as being part of the problem are indeed important, currently the most fundamental and overlooked aspect of the history problem in Sino-Japanese relations is the lack of agreement on what exactly the problem is.

How the History Problem is Usually Understood

In the academic literature on Sino-Japanese relations, the history problem has been given considerable attention. While the issue is not always clearly defined, a review of research on Sino-Japanese relations nonetheless suggests that it is typically understood as involving several issues related to how Japan remembers and commemorates its invasion of China in the 1930s and 1940s. For example, Japanese prime ministerial visits to the controversial Yasukuni Shrine, which enshrines the Japanese war dead, including convicted Class A war criminals are often criticised by those who interpret the visits as honouring the war criminals. Another key issue concerns the content and revision of Japanese history textbooks, which are thought to make light of atrocities committed by Japanese soldiers during the war, as well as other issues related to Japan's attitude towards the wartime past (Gustafsson 2011: 22 -- 34). Some define the history problem, or history issue as it is sometimes also labelled, as 'Japan's remorse, or lack thereof, regarding its activities in China during World War II and earlier' (Smith 2009: 232). Others state that it 'encompasses a number of sub-issues such as [the] Yasukuni Shrine, the revision of Japan's history textbook[s], the co-called "comfort women" issue and Nanjing massacre among others, each touching on different aspects of Japan's self-understanding of its past atrocities' (Ryu 2015: 2). Similarly, it has been said that the problem 'has to do with Japan's interpretation of its aggression against China during the war, including such issues as the Japanese history textbook revisions and official visits to the graves [sic] of war criminals at the Yasukuni Shrine' (Fan 2008: 376).

The History Problem as Understood in Opinion Polls

The Genron NPO opinion polls on Sino-Japanese relations provide useful indications concerning how the history problem is understood in Japan and China. These polls, which have been conducted in Japan and China since 2005 provide survey data on a large number of issues having to do with Sino-Japanese relations (See Genron NPO 2010, 2011, 2012, 2013, 2014, 2015, 2016 for detailed information on how the surveys have been conducted).

For the purposes of this article the polls that have been carried out since 2009 are especially instructive as they ask respondents which bilateral history issues should be resolved. Respondents can choose several issues that they believe are in need of resolution from among a number of issues. The choices available to respondents in the Chinese and Japanese surveys differ slightly even though there is some overlap. For example, the Japanese poll includes choices such as 'Japan's perception of its invasions of China', 'the depiction of history in Japanese history textbooks', 'the lack of reparations from Japan for WWII, comfort women, and forced labour etc.', 'Japan's perception on the Nanjing Massacre', 'Japanese politicians' remarks on China', 'Japanese media broadcasts of China', 'the lack of apology for the historical events by Japan', 'anti-Japan education and the depiction of history in Chinese textbooks', 'Chinese politicians' remarks on Japan' and 'the Chinese media's broadcasts on Japan' (e.g. Genron NPO 2016: 26).

How do Chinese and Japanese respondents answer the question? In the Chinese survey, the choices that ascribe responsibility to the Chinese government and media have generally not been very popular. By contrast, the 'understanding of the Nanjing massacre' was a particularly popular answer among Chinese respondents in both 2009 (72.1 per cent), 2010 (54.3 %), 2011 (54.6 per cent), and 2012 (52.1 per cent) but does not appear at all in the most recent polls. Instead, the more general 'Japan to respect the Chinese understanding of the invasions' (sometimes phrased as 'Japan's recognition/perception of the invasions'), as well as 'the need for Japan to recognize and apologize for its past invasion' have been the two most popular answers since 2013. The latter was the most popular choice in 2013 (61 per cent) and 2014 (54.8 per cent) but was then replaced by the former in 2015 (56.2 per cent) and 2016 (65.1 per cent).

When it comes to Japanese responses, 'Japan's perceptions of its invasions of China' has been seen as an important issue in need of resolution by a fairly large number of respondents throughout the period hovering between 25 and 33 per cent until reaching 39.7 per cent in 2016. Issues having to do with 'reparations from Japan for WWII, comfort women, and forced labour' have similarly been seen as fairly important, reaching 25.7 per cent in 2013, 23.6 in 2014, 23.2 per cent in 2015 and 35 per cent in 2016. In other words, responsibility is ascribed to the Japanese side to some extent.

It is quite clear that there are significant differences in the understanding of the history problem in Sino-Japanese relations as evidenced in the answers provided in opinion polls by Japanese and Chinese respondents. But how do such diverging understandings of the problem affect official bilateral relations?

The History Problem and Statements by Government Representatives

Popular opinion can exert pressure on and limit the options available to politicians. At the same time, top politicians also seek to influence and mobilize public opinion to further their domestic and international agendas. When it comes to Sino-Japanese relations, it is clear that statements by Chinese and Japanese leaders on history-related issues to some extent have mirrored the results of the opinion polls discussed above.

Most conspicuously, Japanese Prime Minister Abe Shinzō, in an interview with the Washington Post published just before his visit to the US on 22 February 2013, openly depicted Chinese education as the fundamental problem affecting Sino-Japanese relations. Abe described China as a country under one-party rule that in part bases its legitimacy on the teaching of patriotic education, which involves 'teaching anti-Japanese sentiment'. He also claimed that such education has created a 'mood and atmosphere' that undermines China's 'friendly relationship with Japan' (Cited in Gustafsson 2015: 132). Abe's criticism of Chinese history education of course reiterates the view expressed by Japanese opinion poll respondents of Chinese 'anti-Japanese' education as the main history problem in need of resolution.

On 14 August 2015, Japanese Prime Minister Abe Shinzō delivered a long anticipated statement on the 70th anniversary of the end of the war. Even though it had been stated prior to the issuance of the statement that it would be forward-looking, there was still much discussion concerning whether or not the statement would include an apology. In this regard, the following is a key sentence from the statement: 'Japan has repeatedly expressed the feelings of deep remorse and heartfelt apology for its actions during the war'. Even though he stated that this 'position articulated by the previous cabinets will remain unshakable into the future', unlike those previous cabinets Abe did not express 'feelings of deep remorse and heartfelt apology' himself but merely pointed out that Japan has repeatedly made such expressions, suggesting that through those previous statements Japan had already apologized enough (Abe 2015). The statement thus echoed recent Genron NPO opinion polls. 'The lack of apology for the historical events by Japan' was chosen as a history issue in need of resolution by a very small percentage of Japanese respondents (5.3 per cent in 2014, 7.2 in 2015, and 7.0 in 2016) (Genron NPO 2014, 2015, 2016).

The official Chinese response to Abe's statement, delivered by spokesperson Hua Chunying, was in line with the most popular answers chosen by Chinese respondents to the question of which bilateral history issues need to be resolved, i.e. 'the need for Japan to recognize and apologize for its past invasion' and that Japan should 'respect the Chinese understandings of the invasions'. Hua stated: 'Japan should have made an explicit statement on the nature of the war of militarism and aggression and its responsibility on the wars, made sincere apology to the people of victim countries, and made a clean break with the past of militarist aggression, rather than being evasive on this major issue of principle' (Hua 2015).

While it is clear that the Japanese and Chinese governmental disagreement on the understanding of the history problem mirrors the dominant answers given by respondents to the Genron NPO opinion poll, it should be pointed out that despite the dominance of such positions, survey respondents do not only blame the other side but also ascribe responsibility to some extent to their own governments and societies. For example, in 2016 39.7 per cent of Japanese respondents viewed the 'Japan's perceptions of its invasions of China' as a history issue in need of resolution, up from 32.2 per cent in 2015 and 25.7 per cent in 2014.

Based on an analysis of opinion poll data, this article has argued that the most fundamental problem related to the so-called history problem in Sino-Japanese relations is the fact that the issue itself is very differently understood in China and Japan. Through reference to a couple of examples, the article has also illustrated that such different understandings of the problem are echoed in official government-to-government interactions. The fact that survey respondents are given a fairly large number of choices when it comes to historical issues in need of resolution indicates that the history problem can be understood in various ways and as consisting of a number of different issues some of which are rarely mentioned in existing commentary and scholarship on the issue. In addition, the understanding of the history problem clearly changes over time in Japan as well as in China even though there appears to be some stability concerning the issues regarded as most important. Scholars who approach the history problem as something the meaning of which is fixed risk overlooking the fact that the issue is differently understood in Japan and China, as well as the fact that understandings of the issue change over time. By taking such changes into account, it is possible for scholars to determine whether or not understandings of the history problem are moving in the direction of greater convergence or divergence.

Karl Gustafsson is Associate Professor of Political Science at Stockholm University and Senior Research Fellow at the Swedish Institute of International Affairs. His article 'Memory politics and ontological security in Sino-Japanese relations' won the Wang Gungwu prize for best article published in Asian Studies Review in 2014 and his doctoral dissertation received the Stockholm University Association's award for best dissertation in the Social Sciences in 2011.

"The 'History Problem' in Sino-Japanese Relations"