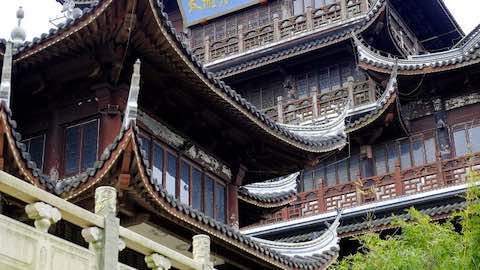 Soft power is a term coined by Joseph Nye in the late 1980s. Soft or not, Chinese strategies are all-pervading although not necessarily sustainable in the current state.

Soft power, the non-coercive power of attraction, is a term coined by Joseph Nye in the late 1980s in his book Bound To Lead. Following the end of the Cold War, the American public was pushing for a withdrawal from ‘overxtended international commitments' which, in an increasingly globalized and interconnected world, would have been counterproductive for a supposed leading power. This scenario could have resulted in a considerable decline of American influence worldwide. However, Nye argued that such an observation did not consider the changing nature of power, which was moving away from the sole possession of resources, resulting in the need for less tangible forms of power to persuade and attract. Soft power consists in ‘getting others to want the outcomes that you want' while ‘resting on the ability to shape the preferences of others'. Nye wrote the book with the American situation in mind, still considered to be the model to follow by many, but he also acknowledged that soft power can be used by multiple actors, such as smaller countries and major organizations.

The European Union, its members states, and other European nations are known to make use of soft power through their diverse and appealing national cultures, democratic values, and policies. The latter entails concerted diplomatic efforts along with providing aid and assistance to developing countries across the globe. When considering soft power capabilities, Japan is commonly recognized as another major actor, especially thanks to its political stability and widely positive image and reputation abroad. Yasushi Watanabe and David McConnell went as far as claiming that Japan and the US are Soft Power Superpowers in their book with the same title from 2008. More examples of national ‘soft' appeal exist, such as India and South Korea, but the case of China is by far the most controversial. The country appears to be pushing the boundaries of soft power, but not everyone is convinced that this growing power's methods are actually ‘soft' nor effective.

There are several reasons against Chinese soft power, both logical and theoretical. To start with, Nye believes that soft power is a ‘staple' of democratic politics, while China is an authoritarian giant. Nye (and many scholars and experts agree) argues that ‘governments should refrain from direct interference in soft power assets' as civil society ought to play a greater role. The Chinese Communist Party appears to be doing the exact opposite when trying to keep full control of information sources while silencing the opposition as much as foreign interferences. The propaganda-like promotion of the country --both domestically and abroad-- may appeal to some, but it is certainly not convincing everyone. Observers have described Chinese (and Russian) strategies as sharp power. This novel denomination is centered on ‘distraction and manipulation' of information through strategies such as ‘disguising state-directed projects as the work of commercial media or grassroots associations'. The country has also experienced a growing assertiveness, especially following its newly found confidence with Xi Jinping. This behavior clashes with the ‘peaceful rise' discourse built around a mutually beneficial ‘win-win' situation when collaborating with China. Yet, even in this case, the Belt and Road Initiative has been accused of being a ‘debt-trap' in which less powerful countries could eventually become subservient to their creditor. Ultimately, these doubts and fears combined might culminate in hegemonic accusations. I would argue that soft power, when ‘done well', is the solution to fight and disprove these charges.

That being said, the so-called Chinese charm offensive appears to be working, but is it? This is still an open debate, yet there are two ways of reading Chinese soft power. The first one is that the country does not have much of it, if any, and the strategies are just a not-so-well-disguised form of economic hard power. The second one is that, being an authoritative country, its strategies cannot be ascribed to Nye's soft power conception. Hence, the country might have a ‘sort' of soft power but with Chinese characteristics. The extent to which this novel form of soft power differs from Nye's definition has yet to be assessed, as much as its uncertain effectiveness to result in the preferred outcomes. Discovering how and in which particular conditions Chinese soft power works is a crucial point of my investigation.

If China's strategies of influence and attraction are proving to be effective by research and geopolitical developments, two main pillars of how soft power is conceived should be revised. First, the assumption that soft power works better (if not exclusively) within a democratic environment should be challenged. Surely, there are some notable but limited exceptions of extremist groups, such as ISIS, that have mimicked soft power strategies of attraction, but this article focuses on nation states. In the conception of a democratic actor, soft power is often equated to open and inclusive policies, the rule of law, a thriving civil society, and respect for human rights. These features are likely to sound appealing to an audience with similar political views, such as among liberal democracies. Yet China might be the first case of a successful authoritative actor.

Second, consequential to the first point, there seems to be changes in the ‘prevailing global norms'. China is attempting to challenge these while creating an alternative to the West. If China's authoritative ways are to be accepted in its backyards and in countries where influential ‘strong men' are in power (as in Thailand and the Philippines), the Chinese sphere of influence might grow considerably. In other words, there are several ongoing sociopolitical developments that may favor China in the near future. Less certain is for how long this influence and successful image can be sustained as China's perception is grounded on performance, and internal stability is of the utmost importance to maintain growth. Yet it would be unwise to dismiss China's (soft power) successes as being an exception which will not last, as China has been ‘exceptional' for several decades now, against all odds.

Although it is unclear to what extent China is fully aware and willing to commit, there are at least two main areas in which the Chinese population as a whole may play a primary role in soft power development, diffusion, and affirmation in the greater region and beyond. The first is the diaspora, which is more prominent in neighboring countries and backed by cultural affinity. Unlike short-term students, it is not an easy feat to get in touch with ethnic-Chinese abroad and mobilize them, as some of these migrants are often rooted in local cultures and might not share current Chinese (political) views. There are also multiple risks when attempting to reconnect with ethnic-Chinese abroad, as being pushed to choose between Beijing and the host country could equally result in alienation and harassment, from different parties, and the success may be only partial. Nonetheless, China's intents can be observed through the United Front Work, a secretive department devoted to build and strengthen connections with overseas Chinese, among other purposes.

The second is tourism. Chinese tourists are flocking to destinations all around the globe but, due to proximity and the aforementioned cultural affinity, they are favoring neighboring countries, such as Thailand. The behavior and interaction of these masses with locals might make or break future relations no matter the economic gains, as patience and tolerance may eventually wear out. The likely scenario is that more experienced tourists will conform to the ‘international etiquette' with mutual benefits. However, the sheer number of Chinese tourists which is projected to grow even more will still be daunting and create some concerns in the meanwhile, especially when this number does not reflect financial gains as ‘the money is mostly channeled back to China'.

Soft or not, Chinese strategies are all-pervading, ambitious, and growing along its economic influence, but it seems that they are not sustainable nor transparent in their current state. The decisive factor is whether the so-called Chinese Dream of national rejuvenation will eventually include broader strata of the civil society which, in turn, can solidify the now skeptical and ambivalent perception of China's intents, even the supposed soft ones. A greater participation of Chinese citizens in promoting and spreading a genuine and unbiased view of their country directly to foreign audiences, could potentially compensate for the government's efforts, which are often perceived as propagandistic.

To conclude, referring to the title of this article, is China the exceptional (but doomed to fail) outlier which many hoped would have conformed to democratic standards, or is the country a pioneer which will force us to reconsider the dynamics of the global order? As you might have noticed while reading the piece, there are still too many uncertainties to answer this question, but that does not make it any less exciting to follow and research.