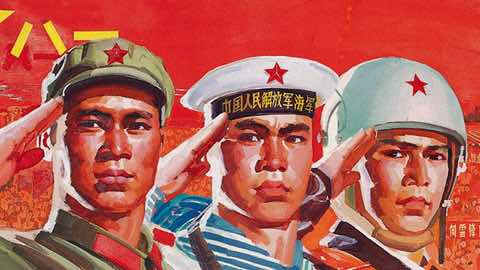 Taiwan was once the principal target of China's hybrid warfare activities. Not any more, says Michael Raska. Members of the European Union have also become the focus of Beijing's strategic influence operations, especially those countries that are part of China's 16+1 regional cooperation formula.

While China’s foreign policy has traditionally relied on economic leverage and “soft power” diplomacy as its primary means of power projection, Beijing has been also actively exploiting concepts associated with strategic information operations as a means to direct influence on the process and outcome in areas of strategic competition.

In 2003, the Central Military Commission (CMC) approved the guiding conceptual umbrella for information operations for the People’s Liberation Army (PLA) - the “Three Warfares” (san zhong zhanfa). The concept is based on three mutually-reinforcing strategies: (1) the coordinated use of strategic psychological operations, (2) overt and covert media manipulation, and (3) legal warfare designed to manipulate strategies, defense policies, and perceptions of target audiences abroad.

Traditionally, the primary target for China’s information and political warfare campaigns has been Taiwan, with the GPD-LD activities and operations attempting to exploit political, cultural, and social frictions inside Taiwan, undermining trust between varying political-military authorities, delegitimising Taiwan’s international position, and gradually subverting Taiwan’s public perceptions to “reunite” Taiwan on Beijing’s terms. In the process, the GPD-LD has directed, managed, or guided a number of political, military, academic, media, and intelligence assets that have either overtly or covertly served as agents of influence.

In particular, the primary base for Taiwan influence operations has been the Nanjing Military Region’s 311 Base (also known as the Public Opinion, Psychological Operations, and Legal Warfare Base) in Fuzhou City, Fujian Province. The 311 Base has been broadcasting propaganda at Taiwan through the “Voice of the Taiwan Strait” (VTS) radio since the 1950s. Over the past decade, the Base expanded its operations from the radio station to variety of social media, publishing, businesses and other areas of contact with Taiwan.

The case of CEFC in Europe

China’s strategic influence operations are also increasingly targeting the European Union, particularly countries of Central-Eastern Europe that are part of China’s ‘16+1’ regional cooperation formula. Beijing views the region as an important bridgehead for its further economic expansion in Europe. According to the 2014 annual report of the BIS counter-intelligence in the Czech Republic, China´s administration and its intelligence services put an emphasis on gaining influence on Czech political and state structures and on gathering of political intelligence, with active participation by select Czech elites, including politicians and state officials.

These reports refer to the activities of the China Energy Fund Committee (CEFC) - a Hong Kong registered non-governmental organisation, considered as a political arm of its holding subsidiary the China Huaxin Energy Co. Ltd - a multibillion-dollar energy conglomerate with companies based in Hong Kong, Singapore, and mainland China. Over the past three years, CEFC has embarked on acquisitions in the Czech Republic, including the purchase of representative real estate near the Presidential Office. These ‘investments’ have served as initial gateways to the highest political elites in the country. Indeed, CEFC’s chairman Ye Jianming was named an official adviser by the Czech President.

The case of CEFC in Czech Republic illustrates a complex constellation of relationships that link political, financial, military, and intelligence power centres through the GPD-LD. CEFC’s Chairman Ye Jianming was deputy secretary general of the GPD-LD’s affiliated China Association for International Friendly Contacts (CAIFC) from 2003-05. Media reports debate whether Ye Jianming is a son of Lt. Gen. Ye Xuanning, Director of the GPD-LD until 1998, and the grandson of one the most revered PLA Marshall Ye Jianying, described as “the spiritual leader” of the princelings - the children of China’s original communist revolutionary heroes, who now dominate the top echelons of the party leadership.

The exploitation of information operations represents Beijing’s hybrid or “non-kinetic” attempts to direct influence in strategic areas of competition in Asia and Europe.