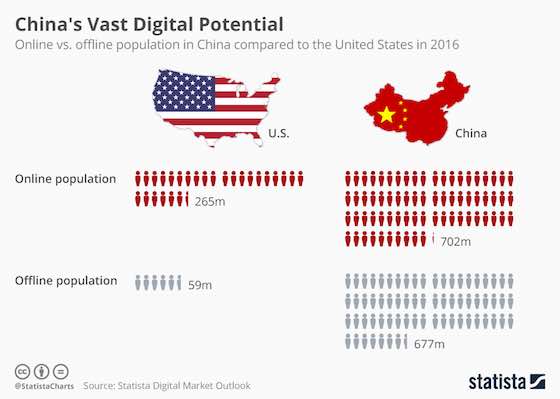 Online versus offline population in China compared to the United States.

China has forged its path on to the world stage as an economic power. This also holds true for the digital arena.

Home grown Chinese tech firms like Tencent aren't well known in the West, but are serious contenders to brands like Facebook when it comes to monthly active users. While firms like Facebook are global players, Chinese rivals can tap into vast domestic potential.

Our chart shows that China still has huge digital growth potential, when you look at how many people in China still are offline and could be turned in to future customers