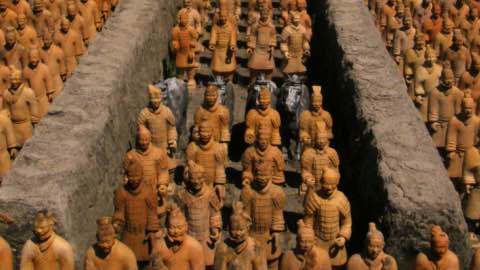 By Samantha Hoffman (The Strategist)

A couple of counter-espionage videos published as part of an online course on state security for China's primary and secondary school students caught the attention of the international media last month.

One video focuses on a child whose father emailed military secrets to overseas media and eventually confessed to sharing state secrets. The other draws lessons from three types of espionage scenarios, including compromise through network security rule violations.

While these animated videos provide great media fodder, it's important to get beyond the headlines and take a deeper look. The videos are centred on the idea that everyone is responsible for preventing, stopping and punishing behaviour that could compromise the security of the state. The videos were criticised by some netizens for similarities to the Cultural Revolution; in many ways, the individual responsibility concept isn't far removed from the ideological mobilisation tactics that the revolution embodied. The videos are designed to involve the entire society in safeguarding the state.

The government has used similar campaigns over the past few years to warn Chinese citizens against foreign spies. But state security education isn't limited to counter-espionage work; rather, it promotes the Chinese Communist Party's (CCP's) holistic concept of state security -- which is quite different from Australian and US notions of 'national security'.

China's educational campaigns cover security in 11 realms: homeland, military, economic, cultural, social, political, information, scientific, ecological, natural resources and nuclear. Each area identifies an integrated threat perception -- in other words, threats come from both inside and outside China's physical borders and from both inside and outside the CCP. China doesn't delineate between external and internal security policy. Instead, it has a single integrated security policy with internal and external elements.

For instance, 'information security' includes cyber security, and it's mainly about protecting and promoting the party's ideas. Similarly, 'scientific security' is most clearly about handling the double-edged sword that is science and technology. It implicitly absolves the party's leadership of blame for mistakes in the application of science-related law.

In addition, state security isn't simply about managing external threats or obvious internal issues like social unrest. It's also about managing the party itself, in terms of both its relationship with society and its internal power dynamics. The worst-case crises that China prepares for include internal unrest ranging from isolated but large-scale dissent to a series of widespread destabilising events, potentially compounded by discord inside the CCP. They also include wars, whether over disputed territory such as in the South and East China seas or an attack on the Chinese mainland by a foreign military power. China particularly fears a scenario like the Kosovo War, where a domestic conflict could be used as a justification for outside interference. A matter of critical importance, therefore, is loyalty to the party and to the state in every sector of society -- security forces, party members and the general population.

It may seem far-fetched to an outsider, but those ideas have a clear importance in Chinese thinking. China's 2000 defence white paper, for example, pointed to 'signs of increasing hegemonism, power politics and neo-interventionism'. The 2009 version claimed that China 'faces strategic manoeuvres and containment from the outside while having to face disruption and sabotage by separatist and hostile forces from the inside'. The perception is magnified where technology could support a 'colour revolution' such as Georgia's Rose Revolution or Ukraine's Orange Revolution. This integrated perception of threat also helps to explain China's approach to sovereignty. It isn't just about protecting physical spaces; it's also about protecting an unbounded ideas space outside of China's borders, particularly in the digital age. The CCP's concept of cyberspace sovereignty, for instance, is heavily influenced by this concept of sovereignty.

Perhaps it's paranoia, but the individual responsibility requirement is based on a well-articulated state security concept, largely focused on threat pre-emption. The idea is reinforced in all recent state-security-related legislation, from the State Security Law (2015) to the Intelligence Law (2017). It can also be seen in rules such as the new regulations that make chat group administrators criminally liable if they fail to remove prohibited content. Mobilising the people, both inside and outside the party -- and whether voluntarily or by coercion -- is seen as key to the state's long-term security.

Samantha Hoffman is an independent consultant. She recently completed a PhD at the University of Nottingham. Image courtesy of Wikimedia Commons user Vybr8.