Be Wary of a China Witch Hunt 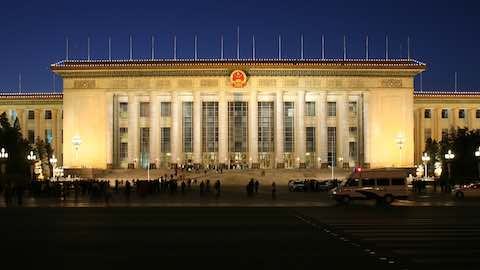 Be Wary of a China Witch Hunt

By Sheila A. Smith (Council on Foreign Relations)

The recent spate of articles and books on rising Chinese influence in the Australian and New Zealand political systems has prompted U.S. officials, journalists, and others to take a harder look at how Beijing is shaping U.S. policy toward China.

The recent spate of articles and books on rising Chinese influence in the Australian and New Zealand political systems has prompted U.S. officials, journalists, and others to take a harder look at how Beijing is shaping U.S. policy toward China. Already there have been articles in the press suggesting that university and think tank scholars are likely targets for Chinese influence. Yet before any steps are taken to counter this perceived influence, we need to spend time understanding the nature and implications of what the Chinese government is doing to ensure not only that we get the response right but also that we protect against a witch hunt in which American scholars and analysts are attacked with innuendo instead of real evidence. My personal observations suggest that there are some fairly straightforward challenges that Chinese influence presents to U.S. political integrity and, in some cases, equally straightforward measures that the United States government as well as private institutions and actors can undertake to respond.

Some channels of Chinese influence over U.S. political and social discourse are obvious. Beijing has more than one hundred Confucius Institutes located throughout the United States. (The United States has only three somewhat equivalent American Centers in China.) The Chinese government sponsors a 24-hour English language news channel, radio stations, and multiple newspapers in the United States. No American media outlet has an equivalent opportunity to provide its content directly to the Chinese people.

Rectifying this imbalance will likely require adopting reciprocity -- doing to China what China does to the United States. There are many areas in which reciprocity could be initiated, but as a first step, the United States should consider prohibiting the establishment of additional Confucius Institutes unless Beijing reciprocates by permitting more American Corners.

The most potent weapon Beijing wields over American China analysts is the power to grant and deny visas for travel to China. Some U.S. scholars who are critical of China or tackle particularly sensitive political topics have been banned from the country for decades; others sometimes receive visas and sometimes do not; still others are made to wait until the last minute, are hauled in for discussions at the Embassy or local Consulate, or are granted a visa but denied meetings with Chinese officials. Visas allow the Chinese government to subject U.S. scholars to the same implicit threat that its own scholars face -- if you cross the invisible line, you will face serious consequences, so best to remain far away from the line to begin with. Less frequently, but more intrusively, some Chinese authorities also try to influence the make-up of U.S. delegations by proposing specific U.S. participants. The objective here is to ensure that in any bilateral discussion there are voices on the American side sympathetic to the Chinese perspective.

While the U.S. government can play a role in restricting visas for Chinese scholars and officials, the real power rests with American universities, think tanks, and scholars -- acting both collectively and as individuals. No organization -- whether a think tank, university, or other cultural institution -- should agree to move forward with a project if one of its participants is denied entry to China. Beyond that, universities should ensure that all their faculty are permitted to travel to Beijing before agreeing to significant exchanges and partnerships or the establishment of centers and institutes in China. Universities have significant political leverage through these collaborative efforts: they should use their influence to ensure that all their scholars have access. In addition, organizations should not allow Chinese authorities to place specific U.S. scholars on U.S. delegations. Unless both sides are jointly determining the make-up of a conference or dialogue, there is no reason that the Chinese side should be allowed to influence the choice of who participates on the American side.

The Chinese government also tries to shape the narrative provided by U.S. think tank and university scholars by censoring their appearances on Chinese television, interviews in Chinese newspapers, and books. In one case, a well-known Chinese publishing house not only eliminated significant sections of a book on American foreign policy but also placed its own content into the book -- creating entirely new passages. Apparently the publisher believed that the American author would not check the Chinese translation.

The opportunity to speak directly to one billion Chinese through interviews or books is a tempting one, and it is easy to think that "saying something is better than saying nothing." But censorship is a slippery slope. At every juncture, an American scholar should decide whether to accept any censorship, and if the answer is yes, how much censorship is too much censorship. Unless an American scholar has a guarantee of an unadulterated view, a wiser course is to deny Chinese government media outlets the opportunity to feature opinions from American analysts. In any case, many Chinese are adept at circumventing Internet controls and accessing the ideas of western scholars through western media outlets and publications.

The Stranger in our Midst

Beijing is now also actively supporting the establishment of Chinese think tanks in the United States. For example, in Washington, D.C., the Institute for China-America Studies (ICAS) is supported by the Hainan Nanhai Research Foundation, which, in turn, is backed by the government-affiliated National Institute for South China Sea studies. A perusal of the website of this institute indicates that it presents unexceptional and largely unobjectionable reporting and analysis. Yet, its commentary is nonetheless skewed: while there is some critical analysis of U.S. policy, there is none on China. In this way, ICAS is not a think tank but a channel for propaganda. If such Chinese think tanks proliferate, it is plausible that more positive assessments of China will begin to shape the broader U.S.-China debate, lending more weight to the Chinese government position while attempting to maintain a veneer of independence.

Given the restrictive nature of the recent Chinese law on the management of foreign NGOs, Beijing's desire to support Chinese think tanks on U.S. soil should provide an opportunity for the U.S. government to push for greater leeway in activities for U.S. think tanks with operations in China. Otherwise, Washington could consider what types of reciprocal measures might be appropriate.

Chinese money -- tens of millions of dollars -- is now entering into the world of U.S. think tanks and university centers and institutes through private Chinese foundations and individuals. Much of this money is dedicated to promoting work on U.S.-China relations. It is too early to determine the effect of such money on the substance of the research. However, even if the funding does not directly affect research findings, it may well affect the research agenda. For example, a research project funded by Chinese money is more likely to focus on "How the United States and China can cooperate" than "Challenges the United States faces from growing Chinese power."

U.S. money for China-related policy analysis is scarce, and there is significant competition for the funds provided by foundations such as Luce, Starr, Smith-Richardson, and the Carnegie Corporation, among others. If Chinese money is utilized, institutions and scholars should be transparent and ensure that there is no opportunity for the Chinese funder to affect the research agenda or outcome. In this regard, the decision by the Johns Hopkins School of Advanced International Studies to accept money from a sitting Chinese official for a chair on China, with the proviso that this chair direct a program in conjunction with, and serve as liaison to, the funder's own foundation/think tank, was clearly a mistake.

While the United States seeks to understand and curtail opportunities for the Chinese government to influence U.S. political discourse through think tank and university scholars, it should ensure that facts trump rumors and avoid overreacting. In the current divisive and amped-up U.S. political environment, there is significant danger that educational institutions, think tanks, and scholars will be caught up in a rush to root out Chinese influence. There is an added danger, as well, that these investigations are merely the tip of the iceberg -- that the United States will soon be embroiled in a witch hunt that will ensnare unsuspecting and innocent Chinese students and scholars, as well as the larger community of Chinese-Americans. The United States has experienced many waves of anti-foreign hysteria, only to be followed by a deep sense of shame once cooler heads prevail. We have seen this movie before and it does not end well; there is no need to play it again.

"Be Wary of a China Witch Hunt"