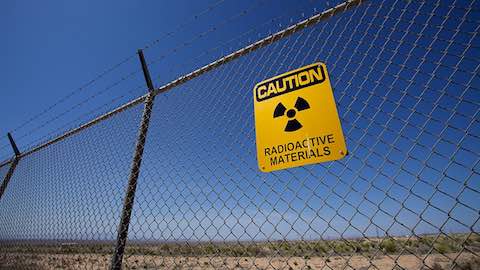 An age of nuclear revival is upon us. As such, a small debate has begun to unfold about whether Australia should be reconsidering its own indigenous nuclear arsenal.

Some years ago, Christine Leah and I published an article that explored Australian thinking about nuclear weapons and strategy. We argued that for more than six decades Australians had essentially espoused 'three visions of the bomb'.

Those visions -- which we labelled Menzian, Gortonian and disarmer -- competed on four grounds: the role that nuclear weapons play in international order; the doctrine of deterrence; the importance of arms control; and the relevance of nuclear weapons to Australia's specific needs.

It's important to have a sense of each of the visions. Menzians believed that nuclear weapons made a positive contribution to global order provided that they were held by responsible, self-deterred great powers. Deterrence played a central role in that contribution because the primary role of nuclear weapons was to deter great-power war, not to fight it.

Extended deterrence allowed great powers' allies to benefit from the security offered by nuclear weapons without needing to build their own. Arms control agreements were important in stabilising international competition and minimising the risk of nuclear proliferation.

And Australian security was maximised by constraining nuclear weapons to their broader, indirect, systemic role; it would be damaged by the wider spread of such weapons.

Gortonians believed that nuclear weapons, over time, would proliferate beyond the small group of great powers. But they also believed that great powers were, like other states, self-centred, and that nuclear weapons would only ever be used to defend key interests. Since interests usually attenuated with distance, it would always be difficult for a great power to extend deterrence to its distant allies; deterrence was, by its nature, a 'local' phenomenon.

Arms control wasn't central to the Gortonian world view: this was the group that opposed Australian signature of the Treaty on the Non-proliferation of Nuclear Weapons, fearing it would tie our hands in relation to future options. And, of course, the Gortonians believed that an indigenous nuclear arsenal was necessary to safeguard properly Australia's key strategic interests -- including defence of the continent itself.

Disarmers saw nuclear weapons as order-destroyers rather than order-builders. They denied that great powers were responsible custodians of nuclear arsenals and believed that such states were even more self-interested than smaller states. They declared nuclear deterrence -- and extended nuclear deterrence -- a myth, and pointed to both the continuation of conventional war and the potentially high cost of system failures as reasons to seek a better path to security.

The disarmers were arms controllers on steroids: they sought grand outcomes, and pursued an absolutist version of nuclear disarmament. And, of course, they saw no value in nuclear weapons for Australian security -- whether of the indirect contribution championed by the Menzians or the direct contribution sought by the Gortonians. They wanted Australia to disengage from the nuclear world -- spurning the notion of extended nuclear deterrence, closing the joint facilities and forgoing sales of its own uranium.

Each of the visions boasted a long lineage, but it would be wrong to imagine that they were equally influential in shaping Australian nuclear policy. In brief, the Menzians were the dominant vision in every decade; the Gortonians were the nuclear mavericks of the right, the disarmers the nuclear mavericks of the left. Across both major political parties, Labor and the Coalition, a bipartisan commitment to the Menzian vision prevailed.

An age of nuclear revival is upon us. The great powers are modernising their nuclear arsenals. North Korea has shown that it can design and test not merely simple fission devices, but thermonuclear ones. Our major ally, the United States, has published a Nuclear Posture Review that's distinctly more muscular than the one it published in 2010 -- despite the key elements of continuity that the latest document contains.

A small debate has begun to unfold about whether Australia should be reconsidering its own indigenous nuclear arsenal -- a debate containing many resonances from the Gortonian vision. Separately, the disarmer vision has begun to reclaim its ground, championing the nuclear ban treaty as the way forward, and urging Australian signature and ratification.

But what's striking about the recent national conversation on nuclear weapons has been the relative absence of the Menzian voice. Governments have traditionally been key supporters of that vision because it articulates a centrist, moderate view of nuclear order, and because it allows Australia to benefit from nuclear deterrence while bearing few of the costs. Moreover, it adds meaning and purpose to Australia's long-running efforts to strengthen global and regional non-proliferation regimes.

But in recent years, public defence of nuclear deterrence has been confined to a few references in Defence white papers. Ministers and departmental heads, for whom the complexities of nuclear order were once the grist of daily debate, have moved on to other priorities, as though the big nuclear questions have all been settled.

That's wrong. Nuclear issues are returning rapidly to the international agenda. Menzians need to find their voice -- and soon. If they don't, the other two visions will begin to compete over the empty middle ground. And Australians would find that competition bitter and divisive.