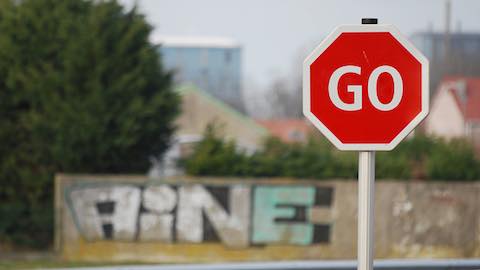 By Graeme Dobell (The Strategist)

In offering security and economic integration to the South Pacific, Australia is starting gently with small steps.

The soft-and-slow approach to integration has the best chance of success, because South Pacific states will embrace the offer incrementally. In last week's post, I discussed the factors driving the new foreign policy white paper's ambition 'to integrate Pacific countries into the Australian and New Zealand economies and our security institutions'.

The paper says integration is 'vital to the economic prospects of the Pacific. Growth is constrained for most countries because of a combination of remoteness from markets, limited land and resource bases, the dispersal of people over many islands and environmental fragility'.

To show it's serious about integration, Australia has to keep chipping at the old no-go issue -- Pacific workers getting access to Australian jobs. For many years, the no-go routine was that Pacific leaders would always go to labour mobility as a key issue, while Canberra would quickly go, 'No!'

In the Pacific Plan for 'regional cooperation and integration' adopted by the Pacific Islands Forum in 2005, the islands finally got 'labour mobility' onto the official regional agenda, despite Oz screams. Over the last decade, the introduction of islanders to Australia as seasonal/guest workers on farms has seen this Oz taboo start to crumble. The Australian pilot scheme for Pacific workers announced in 2008 (following New Zealand's lead) was made permanent in 2012. The white paper shows Australia widening its thinking about Pacific workers to serve integration:

The old Pacific Plan fell into the huge split that opened between Fiji's military regime and the forum, but the plan's thinking about sharing institutions and systems across the region has been dusted off. The 'sharing' idea is a polite way of saying Australia can do stuff on behalf of island governments. The first small step is that Nauru, Tonga and Tuvalu will use Australian testing services to improve the quality and reliability of pharmaceuticals.

In selling integration, Australia needs to take lessons from its wins, draws and disasters in the South Pacific.

A win with continuing relevance is the 14-year Regional Assistance Mission to Solomon Islands (RAMSI) to save the Solomons from ethnic conflict and state failure. Australia agonised for years before it committed to RAMSI, but then stayed for a long haul that cost nearly $3 billion. Integration is actually a cost-effective response to dire island needs -- permanent engagement beats ad hoc emergency scrambles as the way to do good policy. And it makes budget sense.

A significant part of the RAMSI win was that it was done by the Pacific Islands Forum. The forum imprimatur -- plus the support of Solomon Islanders -- kept RAMSI going when politicians in Honiara tried to kick out Australia and sink the mission. RAMSI is the biggest security effort ever mounted by the forum -- and it succeeded. Oz muscle is central (and we pay the bills), but regional control is more than symbolism. Integration must be owned by Papua New Guinea, Timor-Leste and the South Pacific as much as it's offered by Oz.

A draw with many lessons is the tortuous negotiations from 2009 to 2017 of PACER Plus -- the Pacific Agreement on Closer Economic Relations. The white paper talks up PACER Plus -- due to come into force in 2019 -- as 'laying the ground for stronger trade and investment, increasing business confidence through transparent and enforceable rules'. Trouble is, the two biggies -- PNG and Fiji -- have refused to sign. Calling this result a draw might be overly kind. A simple lesson from a long, complicated process: in pursuing integration, Australia can't take a one-size-fits-all approach to the South Pacific.

Finally, the disaster -- the Pacific solution. John McCarthy's thought about how we talk and act in Asia has even more weight in the South Pacific: 'We must practise what we preach. Reputation counts. It is, for example, hard to claim leadership on human rights while defending our policies on the camps on Manus and Nauru.'

Ditto when Australia claims leadership in the South Pacific. The Pacific solution (sending boat people to the Pacific) is reputational acid.

Island leaders and officials ruefully accept that PNG decided to do a deal on Australia's use of Manus. PNG is big enough to deal and knows how to wrestle Australia. But the view about Nauru is that the region's great power exploited a bankrupt microstate with a 'deal' it couldn't refuse. That Nauru acid has been part of the South Pacific view of Oz for 17 years. Pacific elites are equally caustic on climate change, where Canberra is seen as nodding but not actually hearing or heeding island concerns.

The acid eats at Australia's blithe assumption that its good intentions are automatically accepted. The hegemon isn't always benign -- we have form as a selfish bully. That perception means integration is a good idea that'll gain ground slowly. Integration asks the South Pacific to compromise, even cede, sovereignty -- to trust Australia's economic and security leadership.