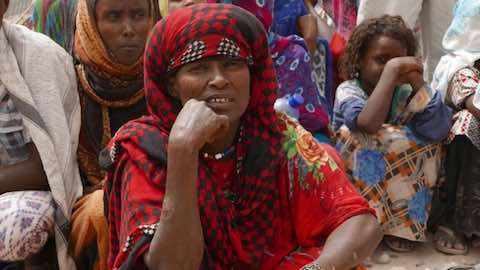 The Afars, a tightly knit Muslim minority in one of the most inhospitable corners of Africa, are determined to keep their home and the culture that sustains them.

Thousands of refugees have made their way to eastern Ethiopia across Eritrea's porous southern borders in recent years.

Many traveled by foot through the Danakil Depression, one of the lowest and hottest places on earth. Others slipped across the heavily militarized frontier with Djibouti. Still others escaped in small, single-sail dhows to Yemen. But they fly below the radar of most western media, aid agencies, and analysts, largely because they remain in the region rather than joining the flood of other Eritreans trying to reach Europe.

They are the Afars, a tightly knit Muslim minority that has long made their home in one of the most inhospitable corners of Africa -- and are determined to keep it and the culture that sustains them. In the 19th century, European colonial powers and a rising Ethiopian empire carved up the parched lands of this proud warrior people, largely for their strategic location on the Red Sea. Now, like the Kurds, they are divided among three countries -- Ethiopia, Djibouti, and Eritrea.

By far the largest number lives in the arid plains and volcanic hills of eastern Ethiopia, which is where most of those fleeing Eritrea end up. I spent a week there as part of a year-long project on the Eritrean refugee experience that has taken me to camps and communities from North America and Europe to Israel, East and Southern Africa, and South and Central America.

Many tell similar tales of political repression, desperate escapes and perilous desert, jungle or sea crossings to find a place where they can rebuild their lives in relative freedom and security, though each account has its twists. But the Afar stories carry the added dimension of an assault on their culture and identity by a highly centralized state run by the army that won the country's independence nearly 25 years ago, the Eritrean People's Liberation Front.

The EPLF runs Eritrea as if it were still a guerrilla base area, combining an obsession with secrecy with a compulsion for control that leaves no room for disagreement and has left thousands in prison for petty political crimes -- or for simply trying to leave. But the Afars are as determined to hold onto their identity as to their culture, which frequently gets them into trouble.

Ali Ahmed, whom I met in the Assayita refugee camp, fled in 2007 to avoid a compulsory national service originally mandated for 18 months but extended indefinitely in 2002. The extension came after a devastating border war with Ethiopia that was halted by a truce in 2000 but never resolved, leaving Eritrea on a permanent war footing. 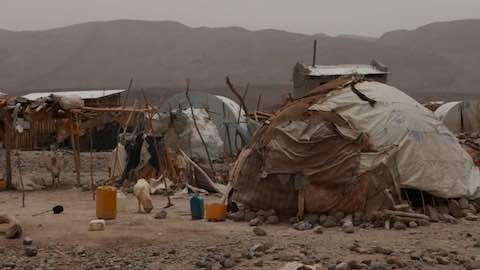 Ali said he left after watching too many friends “disappear” into the army and never return. But he was also angry over the arrests of prominent Afar elders on what he insisted were specious charges of disloyalty designed to break up their traditional system of self-administration.

Abdalla Mohammed, 32, from a small village outside the port of Assab, fled Eritrea in 2009 after 10 years in national service, but he cited the treatment of the Afars as the main reason he left. “There was no equality,” he told me when I met him in Assayita. “They abused our language, our culture, our religion.”

He said it finally became too much, so he started planning his flight as he waited for the right moment. “To leave is very difficult,” he observed, leaving unsaid the fact that border guards have long had shoot-to-kill orders. During the Eid celebrations at the end of the Ramadan fast, he slipped out, walking 16 kilometers in one night to reach Ethiopia. He went straight to Assayita and has been there ever since.

Mohammed, also in Assayita, had grown up within the liberation movement and had himself been an EPLF fighter. But in 2004 he found he was losing the use of his left leg and was diagnosed with diabetes, so he requested leave to go to the Asmara capital for treatment. When he was refused, he went on his own but still lost his leg. Upon his return, he was fired for going without permission. Angry, disabled, and impoverished, he decided to flee.

“I had served this organization since my childhood in the field [with EPLF],” he said. Rebuffed by the authorities, he had turned to an Afar sultan to plead his case and was given money for a boat trip to Yemen. He had to flee there, too, when Yemen collapsed into chaos and civil war last March, taking a small boat to Djibouti and making his way to the refugee camp. He said he has no idea about his future: “Just I am here.”

Life in the Assayita Camp

The Assayita camp is perched on a barren, rock-strewn hillside two kilometers from the town of the same name. Once the regional capital, the dusty settlement of one-story stone and adobe buildings is now something of a backwater, reachable on a barely passable, sand-swept, rutted road. The camp is an hour's drive from the newly built regional capital of Semera and the busy two-lane highway that links Ethiopia's heartland with the port of Djibouti, through which 90 percent of its imports come.

The refugees here are free to come and go, and there is constant traffic by three-wheeled bajajs (motorized rickshaws) and donkey carts between the camp and the town. But there is little for them to do there but shop for basics not provided in monthly UN distributions, if they even have the money to buy anything. 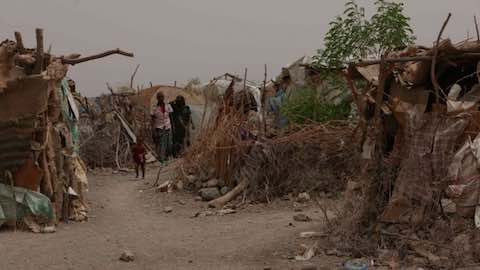 Assayita and a second Afar camp to the north at Berhale are administered by Ethiopia's refugee authority (ARRA) and supplied by the UN refugee agency, UNHCR. A handful of Ethiopian organizations run small projects, but there are no European or American NGOs here, despite the fact that many are active in camps elsewhere in Ethiopia. In this and other respects, the Afars are caught in a vicious circle. Because they remain in the region instead of risking the dangerous -- and expensive -- trans-Sahara and Mediterranean Sea crossings that have gotten so much attention, they fall through the proverbial cracks.

UNHCR counted nearly 29,000 Afar refugees at the start of 2015, but more have come since, many choosing to live in the towns with distant relatives without registering. A principal difference between them and those of other ethnic groups is that most arrive with or are joined by their large, extended families. They tend to settle near others from their places of origin, creating more or less stable enclaves. This is a key factor in discouraging secondary migration, but money is another.

Most are too poor to afford the fees smugglers charge for transit to Europe or North America and lack the diaspora connections highlanders often have to wire the money to them. Some younger men register for resettlement to a third country with the UN -- mainly the United States or Australia -- but if it doesn’t come through, they stay in the camp. Others who have more resources choose to stay rather than give up on their homeland.

Abdalla Mohammed Abdalla fled Assab to Yemen in 2005. He had just arrived in the town of Assayita with 17 members of his extended family when I met him in a mud brick building that ARRA had rented for new arrivals. The women and children were spread out on mats in two rooms in the otherwise unfurnished house. A dozen soldiers, most of them non-Afars from the Eritrean highlands, some still in their uniforms, occupied two other rooms in the rear, also unfurnished.

Abdalla had been an underground cadre of the EPLF in the 1980s during the independence war and was elected to the Afar regional assembly in the 1990s. He said he did his national service as an organizer for the EPLF-sponsored youth union and in the Afar administration. But after he refused to withdraw from Assab during the border war, when most highlanders working in the city fled -- “I was born in Assab. I would never leave!” he explains -- he was accused of “accepting” a potential Ethiopian occupation if the city had fallen (which it did not), and he was jailed.

He said he was sent to the Neferer Prison near the now defunct Assab oil refinery and kept there for five years, beaten frequently and repeatedly called a traitor for not leaving his post with the other officials. Upon his release, he used personal connections to get a boat to Yemen and left immediately, settling in the small Yemeni port of Mokha, where he found work with local fishers and did day labor. His family soon followed.

When the civil war broke out in Yemen and Houthi militiamen captured Mokha, Djibouti Afars came to evacuate the many Eritrean Afars there. But Abdalla said he feared staying in Djibouti because Eritrean security services sometimes kidnapped high-value refugees and they'd already come twice to Yemen to get him. So he brought his family to Assayita instead, determined to stay close enough to Eritrea that he could return if and when the political situation there changes and he can finally feel safe.