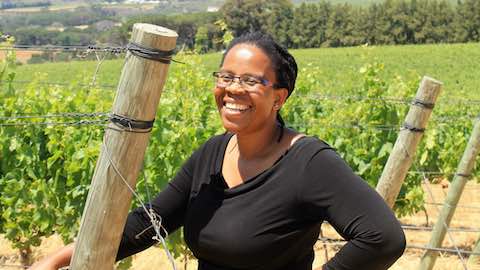 In a country in which wine making is still predominantly a white, largely male profession, South Africa's first black woman winemaker, Ntsiki Biyela, is a pioneer: her latest achievement, the creation of her own brand, Aslina. Biyela is no novice to wine making, having brought accolades to red wine producer Stellekaya for the past 13 years. But forging her own self-funded venture and uplifting others is her ultimate prize.

Unless you really know South Africa, it would be difficult to understand the remarkability of Biyela's journey. She grew up in Mahlabathini, a small rural village in Kwazulu-Natal, about 800 miles from South Africa's Western Cape Winelands. Biyela's mother was a domestic worker (house cleaner) and Ntsiki was raised by her grandmother, along with seven other children. Biyela, who also worked as a cleaner after high school, had university dreams, feasible only with a scholarship. Instead of engineering, her field of choice, she was offered a scholarship in viticulture and oenology at Stellenbosch University in 1999, five years after South Africa became a democracy. "It was an opportunity to change my life," she said.

Consider these facts: Biyela had not tasted a drop of wine before setting foot on campus; wine traditionally has not been part of black African culture (although interest is now growing). All teaching at Stellenbosch was in Afrikaans, viewed by black South Africans during the anti-apartheid struggle as the language of oppression, and not a language in which Biyela was fluent. She grew up speaking isiZulu; the African language spoken in the Western Cape is isiXhosa.

The odds were stacked against her, especially after her first sip of wine, which she thought tasted horrible. But Biyela grew not only to understand but to love wine and the process of making it, and through her craftsmanship and palate, put Stellekaya on the map. In 2009, she was named South Africa's Woman Winemaker of the Year, and today, is a frequent judge of wine industry competitions.

Several years ago, Biyela entered an unusual collaboration with California winemaker and 2012 Food & Wine Magazine Winemaker of the Year Helen Keplinger, facilitated by Mika Bulmash, who founded Biyela's U.S. importer, Wine for the World. In 2014, the two blended their first Suo collection in South Africa (suo means "to stitch" or "to unite" in Latin), and a year later, Biyela traveled to Napa Valley to co-create a second wine, a Bordeaux blend of Cabernet Sauvignon, Cabernet Franc, Merlot and Malbec. These projects have given Biyela the financial jump-start needed to leave Stellekaya and create her own brand, Aslina, named after her grandmother.

"What I love about partnering Helen and Ntsiki is that they are both insanely talented, strong women, and very thoughtful to their craft -- a great amount of intent and heart is put into their work," Bulmash said. "And of course, it didn't hurt that I thought they'd get along pretty well. Fortunately, my hunch was right. In addition to producing a gorgeous product now in its second vintage, it has been rewarding to watch their friendship grow and encouragement lead to great new opportunities over time." 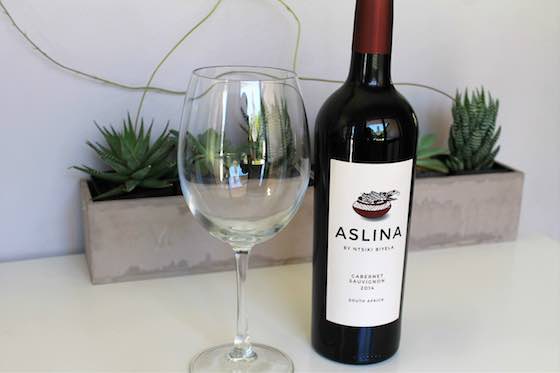 There will be four Aslina wines: Chardonnay, Sauvignon Blanc, Cabernet Sauvignon and a Bordeaux blend. "Besides the fact that I'll now be making white as well as red wines, which I'm excited about, there will be other differences from Stellekaya. I will be creating different styles and using different barrels." Biyela is buying grapes from different blocks of vineyards in different regions -- Stellenbosch, Franschhoek, Elgin and Tulbagh -- all of which she will visit twice weekly from January to the harvest in March to April. The wine will be made at a cellar rented out to independent winemakers.

"My plan is to get Aslina going, then focus more on giving back to the community, and lastly have a home for the brand," says Biyela, "although if a home drops in my lap sooner, I'll catch it! For now, it's sell one, make another."

Ntsiki Biyela, who received help during her student days, now gives back to the community. Credit: Courtesy of Wine for the World

Ntsiki Biyela, who received help during her student days, now gives back to the community. Credit: Courtesy of Wine for the World

That said, Biyela has been giving back and inspiring others for years. She sits on the board of directors for the Pinotage Youth Development Academy, which provides technical training and personal development for young previously disadvantaged South Africans in the Cape Winelands, and she is a regular motivational speaker. The need for upliftment is great, with fewer than 10 black winemakers today in South Africa, says Biyela. "I am where I am because someone paid for my studies."

"Your brain has nothing to do with your race. We tend to be stuck in poverty, thinking that we can't rise above it, but we can." Biyela credits her success to passion, perseverance and the company of people she keeps: "having a tribe that supports you." Monthly meetings of the Women in Wine Exchange -- "a secure place" -- give her support, as well as the many mentors who have and continue to be there for her, like esteemed American winemaker Zelma Long, who is a wine-making partner at Vilafonté in South Africa, and Jilly and David Best, fellow PYDA board members.

Biyela gives at least as much as she receives. Her against-all-odds story and the positive energy and confidence she radiates are inspirational to South African winemakers, present and future.