Some Thoughts on President Trump's Strategy for Africa 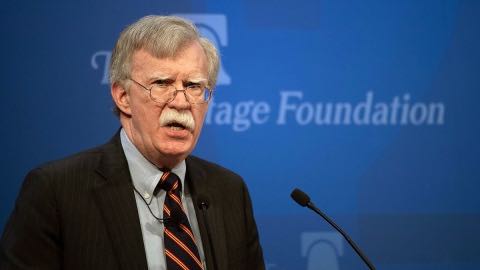 Apart from the top line bromides and admonishments, Ambassador John Bolton stated that the objective of U.S development assistance will be to foster mutually beneficial economic relations and support the economic independence of African states.

Recently, Ambassador John Bolton, President Donald J. Trump's national security advisor, delivered the administration's long-awaited encyclical on Africa before an overflow audience at the Heritage Foundation. In a typically blunt manner, Ambassador Bolton characterized China's policies toward Africa as rapacious and neocolonial, expressing concern that China would use its leverage over states heavily indebted to it in return for a monopolistic hold on the continent's natural resource bounty.

Apart from the top line bromides and admonishments, Ambassador Bolton stated that the objective of U.S development assistance will be to foster mutually beneficial economic relations and support the economic independence of African states. To accomplish this, the U.S. government will involve greater participation from the private sector via the soon-to-be launched International Development Finance Corporation, whose $60 billion budget will support traditional development assistance programs. It should be noted that, while there was mention of the important role of African civil society, there was scant mention of democracy and governance, an omission that sent shock waves through a constellation of NGOs dependent on U.S. funds for survival.

Garnering such engagement from the U.S private sector is long overdue.

While Power Africa has made some strides in sparking the interest of U.S. energy firms, there needs to be broader engagement with innovative sectors of the U.S. economy. There are glaring deficiencies in Africa's financial, institutional, and administrative capacity that represent opportunities for the U.S. private sector to become involved. First, the United States is the home of creative capital. Africa's capital markets are underdeveloped and its banks wedded to servicing the interests of ruling elites and the companies they control. For example, less than 5 percent of commercial lending in Africa goes to the agricultural sector. By continuing to utilize drone surveillance, phone enabled payments systems, and artificial intelligence tools, agricultural lending can be de-risked and become a lucrative business opportunity for willing U.S. firms.

Second, investments in the services sector can lead to faster economic growth, and the United States can play a leading role on such investments. I have recently been examining the relationship between economic growth and trade in manufactured goods and services for a paper that will be presented at the Hoover Institution in January 2019. Sadly, there is a weak correlation between trade in manufactured goods and economic growth. The only departure from this is when that trade is within Africa, partly because goods are more likely to be value-added products and not raw commodities.

Conversely, the services sector has a much stronger correlation with economic growth. In fact, many African countries have seen their services sector become the dominant feature of their economies. With annual growth rates nearing 10 percent in a number of countries, it is the fastest growing part of the economy. Per Ambassador Bolton's pronouncement, U.S. development agencies and its new investment institutions should be seeking to partner with our service technology companies, many of which are small to medium in size, which will need guidance and risk mitigating tools to enter the African market.

African countries will also have to do their part.

The more ambitious African countries should take the lead in creating innovation ecosystems that will attract U.S. investors. This will require, among other things, the rapid development of STEM education systems tailored to meet the needs of potential foreign investors. African countries also will need to reduce any barriers to internet access, allowing for more competition among service providers to lower access costs, and provide coherent investment laws and intellectual property protection. And last, African countries will need to accelerate the integration of their markets so that foreign investors can achieve scale to optimize returns.

Anthony Carroll is the founding director of Acorus Capital, a private equity fund investing in Africa, and a vice president of Manchester Trade Limited, an international business advisory firm. He has over forty years of experience working with Africa and is an adjunct professor at Johns Hopkins School of Advanced International Studies.

Africa - "Some Thoughts on President Trump's Strategy for Africa"