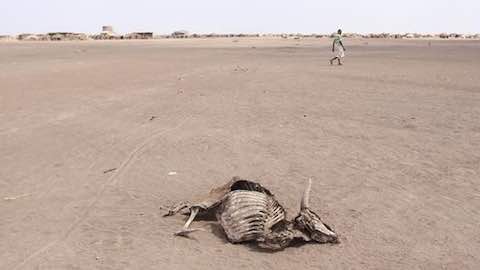 A strong aid response to last year's El Nino-linked drought, has almost halved the number of Ethiopians needing food aid to 5.6 million since mid-2016, but a lack of rains once again threatens the country's ability to feed itself, it said.

"Today we need that partnership once again as we face a new drought," he said, appealing for $948 million in aid.

Aid is also being ramped up in drought-hit neighbouring Kenya and Somalia.

The United Nations' humanitarian coordinator in Somalia, Peter de Clercq, warned on Tuesday of "a significant risk of further deterioration to famine", appealing for $864 million for 3.9 million Somalis.

Ethiopia's latest rain failure has mainly hit southern livestock-herding communities, unlike last year when hunger was worst in the north and west.

"The impact is expected to be most dire in early 2017 among livestock, with unusually early migrations, excess mortality rates and extreme emaciation," the United Nations Food and Agriculture Organization (FAO) said in a statement.

Eastern and southern Africa were hard hit in 2016 by drought exacerbated by El Nino - a warming of sea-surface temperatures in the Pacific Ocean - that wilted crops, slowed economic growth and drove food prices higher.

For Ethiopia, it was the worst drought in 50 years, and devastating for a country where eight out of 10 people depend on farming and livestock.

As the next drought bites, some families are still repaying loans taken out last year, while others are vulnerable because they have not replaced lost herds, FAO said.

"The legacy of last year's El Ni-o along with low rainfall during a critical season pose renewed risks now, especially for pastoral communities," it said, appealing for funds to buy animal feeds and to slaughter excess animals.