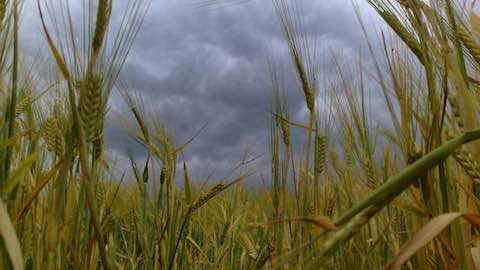 Agricultural mechanization has emerged as a priority on the African development agenda. It is a powerful, but double-edged sword, which must be used carefully.

Agricultural mechanisation has emerged as a priority on the African development agenda. It is a powerful, but double-edged sword, which must be used carefully. On the positive side, mechanisation can play a key role in tapping underutilized agricultural potential, especially where access to labour, rather than land, constrains farmers. It can also reduce the burden of heavy physical work -- often under hot, tropical weather conditions -- that characterizes the work of the 70% of African farmers that use hand tools only. On the negative side however, mechanisation can cause an unequal distribution of land and wealth, and can lead to environmental problems. The challenge is thus to find ways of mechanisation that are economically, socially, and environmentally sustainable.

Who can ensure that mechanisation happens? Governments can, for example, by subsidising tractors and providing machinery services. Yet, state-driven mechanisation opens opportunities for corruption and political misuse. In Ghana, 82% of the mechanisation service centres were established in districts aligned with the same party as the ruling government. According to the Food and Agriculture Organization (FAO), past state-led (and donor-backed) mechanisation efforts have "failed miserably". While governments should therefore not supply tractors directly, they still have a role to play.

Community organizations such as cooperatives can also provide machinery, but they also face challenges. For example, group members may disagree on who can use machinery first; disputes that may be most heated for farm operations that lead to high yield drops when done too late. In addition, wealthy farmers often dominate farmer-based organization while smallholders have less of a voice.

Given these challenges (which we discuss in more detail in Food Security), private actors are the most likely candidates to promote mechanisation. The rise of medium-scale farmers in many African countries suggests that there are many opportunities for private ownership of tractors. To fully utilize their tractors, owners may also provide machinery services to other farmers.

All models of mechanisation, from state- to market-led, need a supportive environment to thrive, especially regarding knowledge and skill development. In Ghana, more than 80% of tractor-owners regularly face long machinery breakdowns due to a lack of knowledge on adequate machine operation and maintenance. Governments should play their part here by stepping in and training operators and technicians. However, governments tend to provide private goods, such as tractors, rather than public goods such as training, because private goods can be targeted to large and influential farmers who are often political supporters, and can generate media attention.

Ensure that Mechanisation is Social

Let us come to the sharp edges of the mechanisation sword. Large farms are far more likely to purchase tractors than small ones. This can lead to an unequal distribution of land and wealth because tractor owners can further expand the area they cultivate and, thus, increase their profit. In Brazil, mechanisation allowed some large estates to grow profoundly while small-scale farmers saw little change. In Africa, where 70% of the farms operate less than two hectares, mechanisation (and agricultural development at large) cannot be an option if smallholders are excluded.

This leads to the question of: how can smallholder farmers access mechanisation? History has shown that smallholders can access mechanisation under two conditions. First, they can access machinery that is appropriately sized. Small two-wheeled tractors fulfil this condition and are, in fact, already widespread in Asian countries such as India. Second, they can access large tractors if the right organisational set-up evolves. Machinery service-markets may be the key to success in this case – but their success is not guaranteed.

In Zambia, we found that tractor owners face challenges in providing services to smallholders, especially where farms are small and scattered, which leads to high servicing costs. To reduce these costs and enhance access to machinery services, start-ups and tractor-manufacturers are pilot testing mobile tools, which would allow smallholders to find and hire nearby tractors; a model that has been coined "Uberization". While receiving a lot of media-attention (and the attention of Barack Obama), these models have yet to be proven. Do they really help smallholders access tractors? If they do not, other options need to be found because – with or without using Information and Communication Technologies (ICTs) – policymakers need to find ways to nudge tractor-owners to serve smallholders.

Are there other potential social effects of mechanisation? Many blame mechanisation for causing unemployment; an oversimplified claim. In a landmark study, agricultural economist Hans Binswanger-Mkhize has shown that mechanisation can even lead to more jobs, especially when land is available and the demand for agricultural products is high. We found this effect in Zambia: Mechanisation helps farmers overcome seasonal labour shortages and thus cultivate more of their land, for which they need more hands. Selling additional produce is easy for the Zambian farmers due to the high (urban) population growth.

Still, under different conditions, mechanisation may well cause unemployment. It is, thus, critical to not artificially push mechanisation when there is no actual demand, for example, in areas where there are no (seasonal) labour shortages. Private markets have advantages here again, as they only emerge in response to real demand.

In 1939, Nobel-laureate John Steinbeck wrote The Grapes of Wrath, a story about mass migration of farmers in response to the United States Dust Bowl. The Dust Bowl was one of the most devastating droughts of the 19th century, wherein excessive tillage exacerbated the effects by exposing soils to rain and wind erosion. In Africa, soils are even more susceptible to erosion due to shallow topsoils and heavy rainfalls. Despite such potential damaging effects, disc ploughs are widely promoted across Africa as the major implement for a tractor.

Some policymakers and development actors criticise mechanisation for leading to the expansion of farmland -- with negative effects on nature. A concern that needs to be taken seriously, but that is only partly justified.

Land expansion is, in principle, possible because several African countries have underutilized land resources -- scholars heavily debate exactly how much land. In addition, high-income countries such as the United States and transition countries such as Brazil developed their agricultural sector through cropland expansion. Yet, the environmental costs of using more and more land may be severe. The conversion of forests and Savanna for agriculture can change local climates, release greenhouse gases, and reduce biodiversity.

Some policy action may thus be required. Left alone, farmers may find farming with low yields but on a larger scale more profitable (because less costly) than agriculture with high yields but on less land. This can have environmental costs. To avoid them, governments need to carefully plan land use and assign protected areas.

Portraying mechanisation as the only cause of land expansion is too simplistic, however. The same Zambian smallholders mentioned previously now use land that they owned but left fallow because of labour shortages. Formulated differently, they now crop their land more frequently or intensely – and intensification means that countries need to use less farmland to produce the same amount of food. In addition, mechanisation can lead to higher yields where it enhances the timing of farm activities. Promoting mechanisation together with practices that allow farms to harvest more per hectare could accelerate this.

Mechanisation could clearly be one of the keys to unlock underutilized agricultural potential in Africa. However, mechanisation alone is not the end-all-be-all. Asking why to mechanise agriculture and for whom to mechanise are crucial questions. Answering them is paramount for ensuring that agricultural mechanisation is not only unleashed; but that it is tamed in a way that safeguards the bulk of African farmers' profits, while keeping environmental degradation at a minimum.