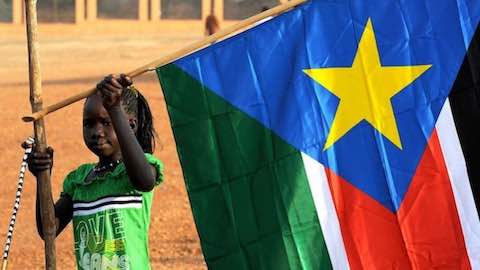 Should there be military interventions by South Sudan's immediate neighbours and potentially even more distant states, it is unclear how an already multi-layered conflict would end.

Neorealist theories of international relations posit that states pursue their own interests, and aim to maximize their power relative to other states. Ethiopia explicitly articulated this conception of its foreign policy through the Foreign Affairs and National Security Policy and Strategy (FANSPS) adopted in 2002. The FANSPS repeatedly strikes realist themes. The phrase 'survival' or 'national survival' appears 16 times. 'National interest' appears 29 times, 'national security' 48 times. And yet, though a foreign policy may be clearly realist in orientation, such a policy framework does not necessarily translate into the effective, practical prioritization of those foreign policy interests.

A case in point is Ethiopia's international relations with South Sudan, increasingly complicated since South Sudan's descent into civil war in late 2013. Although Ethiopia's policy following the outbreak of conflict was motivated by both bilateral interests, including mitigating the risk that the conflict would destabilize Ethiopian border areas and multilateral concerns, to ensure conflict in South Sudan would not draw in neighbouring states into a destructive and protracted regional conflict -- Ethiopian policy today has insufficiently prioritized and calibrated its various interests in South Sudan.

Recognising the risks of an all-out regional war, and concerned at destabilization as South Sudanese refugees poured into the historically volatile Gambella region in western Ethiopia, Ethiopia moved quickly in late 2013 and early 2014 to attempt to resolve the conflict in South Sudan. In its capacity as a Chair of the northeast African regional organization the Intergovernmental Authority on Development (IGAD), Ethiopia appointed one of its most senior politicians and veteran diplomats, former foreign minister Seyoum Mesfin, to lead an international mediation process. It invested significant political and diplomatic capital in attempting to marshal the region towards a common approach and convened peace talks within weeks,providing evidence for the claim of Dehéz (2008) that Ethiopia can 'act as [a] regional hegemon.'

Ethiopia committed officers and men to both IGAD monitoring and UN peacekeeping forces present in South Sudan. It used its position to pressure South Sudanese political elites, principally the president, Salva Kiir, and the leader of the principal armed opposition, Riek Machar, to meet, negotiate, and reluctantly accede to multiple agreements to end conflict and introduce political reforms. The most significant of these agreements was signed in August 2015 and collapsed amidst new fighting roughly a year later.

The collapse of the peace agreement in July 2016 did not see an intervention from Addis Ababa comparable to that which underpinned the mediation of 2014 and 2015. Since then, Addis has struggled to articulate a clear political and diplomatic strategy outside of its so far lacklustre attempt to resurrect the IGAD peace process. In part, Ethiopia's more reluctant engagement can be explained by the inability to prioritize and calibrate its multiple interests. This has been exacerbated by the Juba government's astuteness in needling the insecurities of Addis Ababa, on two of Ethiopia's core national interests: use of the Nile waters and South Sudan's related attempts to foster positive relations with Ethiopia's arch-rival, Egypt; and, South Sudan cultivating relations with Ethiopia's other long-time antagonist, Eritrea.

Ethiopia is understandably worried about both developments. However, for its foreign policy to be coherent and maximize its overall state interests Addis Ababa needs to weigh the significance of these dimensions versus its other bilateral and regional interests vis-à-vis South Sudan.

Although the FANSPS predates South Sudan's secession from Sudan in 2011, the document discusses at length the use of Nile waters for development, electricity production and irrigation. Hydropolitics remain at the top of Ethiopia's agenda today. The Grand Ethiopian Renaissance Dam (GERD) on the Blue Nile is the country's signature development initiative. When completed, it will be the largest dam in Africa and amongst the biggest worldwide.

Since the FANSPS was written, Sudan has shifted its long and historic alignment with Egypt to ally with Ethiopia. This was a great boon to Ethiopia's hydro-political aspirations; as Sudan is the only state through which both the Blue and White Niles flow, meeting at Khartoum and then continuing north to Egypt as a single river. While it is an upstream state, South Sudan's alignment with downstream Egypt on use of the Nile has little consequence for Ethiopia. The waters of the White Nile that flow through South Sudan have no effect on the GERD. All the other upstream states (Burundi, DR Congo, Kenya, Rwanda, Tanzania and Uganda) have hydroelectric ambitions of their own, and therefore cannot rationally oppose Ethiopia's development projects on its stretch of the Nile.

In addition to hydropolitics, Ethiopia has at least six other identifiable bilateral national interests in South Sudan. These are:

- Border and land security along the 883 kilometre frontier Ethiopia shares with South Sudan, which includes controlling the flow of arms into Ethiopia and ensuring Ethiopian citizens are protected from cross-border raids

- Managing inter-communal relations along the border, principally between the Anyuak and Nuer ethnic groups, who live in both countries

- Ensuring that South Sudanese refugee flows -- primarily of Nuer -- are managed so that Gambella is not destabilized, with competing demands for land and water addressed

- Ensuring armed anti-regime forces do not find refuge and the ability to train, organize and arm from South Sudanese territory, particularly from ungoverned spaces. This re-introduces the question of Eritrean relations with South Sudan, which could find South Sudan a useful proxy for its own ambitions; however, to date there is little evidence that Asmara has substantively succeeded in using Juba to destabilize Ethiopia.

- Ensuring stability in the region of Abyei, over which sovereignty is disputed between Sudan and South Sudan; a 5,000 strong UN peacekeeping force, with an entirely Ethiopian military contingent, ensures a relatively peaceable stalemate continues.

- Promotion and protection of trade relations, principally in construction, agriculture and livestock, the import and export of consumer goods, transportation, the service industry, financial services and remittances from Ethiopians working in South Sudan

The South Sudanese government has been unable to decisively end the conflict or address the proliferating grievances directed at the centre, whether emanating from local or national levels. Yet as the armed opposition is divided and lacks cohesion, it is unlikely to present an existential challenge to the governing regime. But further deterioration in the state's ability to manage violence may once more draw in South Sudan's neighbours. The most likely to intervene is Uganda, which in the early phases of the civil war in 2014 interceded decisively in favour of the sitting government in South Sudan, which probably averted the overthrow of the regime by Machar's rebels.

While Uganda subsequently withdrew its troops, and today's circumstances are not entirely analogous, a regional war -- real or by proxy -- still remains a distinct possibility. Should there be military interventions by South Sudan's immediate neighbours and potentially even more distant states, it is unclear how an already multi-layered conflict would end, and the country would likely be condemned to years of further internal and external instability. For Ethiopia, this is the nightmare scenario of South Sudan. A failure to adequately address this overriding security interest risks all of Ethiopia's other interests in South Sudan. A realist policy, logically implemented, should reach this same threat analysis.