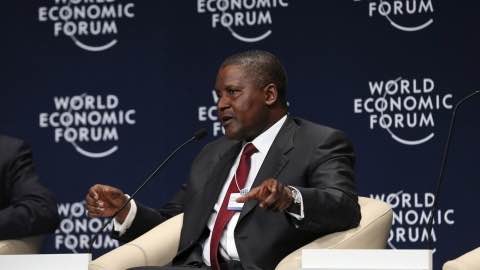 Annually, Forbes Africa identifies the continent's billionaires. Sub-Saharan Africa has 14 Billionaires, eight of whom are in South Africa and seven of whom are white.

It includes the Mediterranean littoral as well as sub-Saharan Africa. Its list is restricted to billionaires who live in Africa or have their primary businesses there. (These criteria excludes Mo Ibrahim and Mohammed al-Fayed who live in London and do not have their primary businesses in Africa; it does include Zimbabwean citizen and London resident Strive Masiyiwa, whose telecom business is based in Africa.) The list does not include "dispersed" fortunes held by multiple family members. Forbes lays out its methodology, noting that the number of billionaires rises and falls depending on market conditions.

Forbes identifies twenty-three billionaires in Africa. Nine are from North Africa, specifically six from Egypt, two from Morocco, and one from Algeria, while fourteen are based in sub-Saharan Africa. Keeping with the practices of U.S. Department of State and the Council on Foreign Relations, which normally includes the Mediterranean littoral in the Middle East for cultural, political, and economic reasons, I discuss only sub-Saharan Africa.

South Africa dominates the list, with eight billionaires, seven of whom appear to be white: Nicky Oppenheimer, Johann Rupert, Koos Bekker, Michiel le Roux, Stephen Saad, Christoffel Wiese, and Desmond Sacco. Though the country is nearly eighty percent black, there is only one black billionaire on the Forbes list, Patrice Motsepe; he is the bother-in-law of the current president of South Africa, Cyril Ramaphosa, whose net worth was estimated to be $450 million in 2015. Of the eight billionaires, Forbes ties the wealth of three to mining: Nicky Oppenheimer, Patrice Motsepe, and Desmond Sacco. The others reflect South Africa's relatively diversified economy with international links: Johann Rupert, luxury goods, including Cartier and Montblanc; Koos Beekker, media and investments; Michel le Roux, banking; Stephen Saad, pharmaceuticals; and Christoffel Wiese, retail. There are no women among the South Africans.

The remaining three billionaires come from three different countries. Isabel dos Santos is the daughter of the long-time ruler of Angola, Jose Eduardo dos Santos; Forbes ascribes her wealth to investments. Strive Masiyiwa is from Zimbabwe; Forbes attributes his wealth to telecommunications. And Mohammed Dewj is Tanzanian. His wealth is based on a conglomerate founded by his father that is involved with, among other things, flour, textiles, and beverages.

Forbes identifies a total of 2,208 billionaires world-wide. The most are from the United States with 585. "Greater China" (China, Hong Kong, Macao, and Taiwan) is second with 476. Russia, famous for its oligarchs, has 96 and is fifth on the Forbes list. Forbes identifies fourteen billionaires in Norway and the Philippines, the same number as in all of sub-Saharan Africa. The small number of billionaires is another indicator of the small size of sub-Saharan Africa's economies.