A Bridge to Nationalism in Nigeria 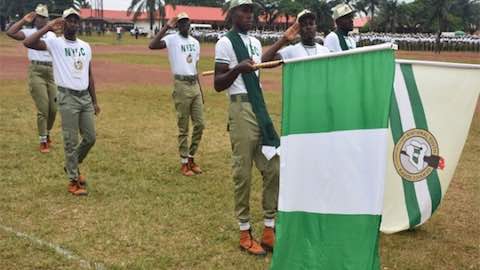 A Bridge to Nationalism in Nigeria

Even with all its mistakes, there is still hope for the Nigerian Youth Service Corps, but it is crucial that it be urgently reviewed, updated, and better managed in order to preserve and strengthen the cause of Nigerian national unity.

In light of the renewed clamor for the secession of Biafra, it is evident that the country is far from settling its national question, and attainment of true nationhood is not on the horizon of Nigeria. Although Nigeria is striving to promote national unity, the country seems to still be battling with the ethnic tension it faced after its independence that ultimately led to the outbreak of its three-year civil war.

After the Nigerian Civil War ended in 1970, as part of the "3R" program -- reconstruction, rehabilitation and reconciliation -- the government created the National Youth Service Corps (NYSC) to bridge ethnic and religious divisions in Nigeria and to foster the spirit of Nigerian nationalism. General Yakubu Gowon, the military head of state at the time, created the NYSC as one of many ways to achieve national unity in Nigeria. The program is a mandatory one-year service to the country after the completion of a first degree for youths below the age of thirty. Participation is a prerequisite for admission into graduate schools and employment in Nigeria. Although it was established with great intent, many Nigerians think it is high time that the forty-four year old scheme was scrapped, arguing that it has its lost its relevance in present-day Nigeria. This view stems from the fact that since its inception, the scheme has neither been reviewed nor updated to fit the realities of modern Nigeria, despite its glaring problems.

Even though the federal government allocates about 70 billion naira ($194 million) to the program yearly, the NYSC, like many other Nigerian institutions, is riddled with mismanagement and corruption. This results in unreliable officials administering the scheme, a general lack of faith in the NYSC, and complacency among the participants. According to its original design, the scheme deploys youths to unfamiliar locations and places of primary assignment to fields relevant to their academic pursuits and job interests. In reality, however, it mostly deploys youths to teach in local schools as a way to make up for the educational shortcomings of the state, rather than finding them suitable job assignments geared toward their interests. Consequently, "corpers" feel undervalued and view themselves as a source of cheap labor for the government. Furthermore, youths who have the financial resources can "work it" -- use connections to serve in choice locations -- or "ghost" -- secretly not participate in the service. For those that do participate, their safety is not assured, as there have been numerous cases of "corpers" dying in service due to post-election violence, sectarian wars, and medical negligence.

The question that thus arises is, has the NYSC been successful in achieving its main objective of "developing common ties among the Nigerian youths and promoting national unity and integration?" For all its faults, the answer is still yes, to some extent. By posting "corpers" to unfamiliar places in order to interact with people from different backgrounds, the NYSC brings together Nigerian youths from different socio-economic and ethno-religious backgrounds. This helps bridge the ethnic and religious divisions in the nation by providing exposure to other ethnic groups, which is a positive step towards building a stronger nation. Moreover, the scheme aids social integration by providing opportunities for cross cultural interaction that has led to inter-tribal marriages, helping to reduce inter-ethnic stereotypes and suspicions that were prevalent during the period after the war. The scheme further serves as an employment buffer by offering employment to recently graduated youths, as some places of deployments retain the "corpers," thereby, aiding economic integration in the country. Likewise, NYSC fosters a sense of patriotism among Nigerian youths; participation is regarded as obeying the clarion call to serve the fatherland, since there is no military conscription in Nigeria

With the renewed agitation for the secession of Biafra, the need for the NYSC remains high and illuminates the fact that the scheme is far from achieving its mission of fostering national integration. Based on the design of the NYSC, it is a good scheme and a great avenue to promote nationalism in Nigeria. The program has a lofty objective and has achieved some positive goals. Even with all its mistakes, there is still hope for the Nigerian Youth Service Corps, but it is crucial that it be reviewed, updated, and better managed in order to preserve and strengthen the cause of national unity.

Ayobami Egunyomi is a Franklin Williams intern for Africa Policy Studies at the Council on Foreign Relations in Washington, DC. She received her BA in International Relations from Indiana University -- Purdue University Indianapolis. She is a native of Nigeria.

Africa - "A Bridge to Nationalism in Nigeria"