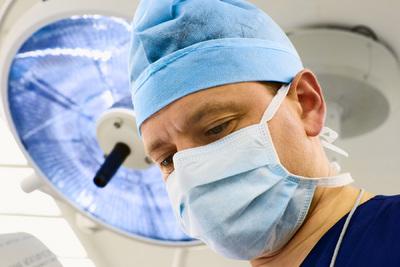 Human organs for transplant are scarce

In the hope of rejuvenating his failing heart, , 68, signed up to have his own stem cells injected directly into the deteriorating organ. As part of a clinical trial at the in , stem cells were extracted from bone marrow taken from Benson's hip, processed, and a few weeks later injected into his heart. The 30-some injections targeted areas of his heart that were essentially hibernating--not well-functioning, yet not scarred, as a particularly damaged heart can become after injury.

The ongoing study is one of many clinical trials now testing the ability of heart failure patients' own stem cells--which renew themselves and can develop into a range of cell types--to regenerate heart muscle and restore blood flow inside the heart tissue. Heart failure patients suffer a deficit of both blood flow and functioning heart muscle, which weakens the organ's ability to pump vigorously and ultimately deprives other organs of oxygen they need. "I'm essentially dying of heart failure," says Benson, a trained biochemist who used to conduct tests for the . "I was so far down, I had to try."

By at least one objective measure, Benson's heart has considerably improved in the nearly five months since his treatment. His ejection fraction, a measure of how well the heart pumps, has gone from about 15 percent back up to over 30 percent, he says. Normal is somewhere between 55 and 70 percent. But Benson measures the gain mostly in his reclaimed ability to do physical labor, especially to tend the fruit trees on his small farm in , and work on the deck at his family's home, which stands above 9,000 feet in elevation. Both previously had been impossible because of the extreme shortness of breath and fatigue characteristic of heart failure. "My life is [now] full and busy," Benson explains. "I had lost that prior to this operation."

Researchers' significant interest in using stem cells to treat heart failure arises, in part, because the disease is so prevalent. estimates 5.7 million Americans live with the disease and 670,000 new cases are diagnosed annually. "When you put [stem cells] into a heart, some can differentiate to become blood vessel and others to become heart muscle cells," explains , president of the in and a principal investigator of a separate, stem cell trial for heart failure. It is important, he says, that stem cells also "have substances that recruit other cells and promote life." This combination holds incredibly powerful potential for not only rejuvenating but rebuilding organs and tissue and turning back the clock for ailing patients. Willerson is optimistic about the therapeutic future of stem cells, which can be extracted from fat cells, hair cells, and other diverse cell types. "I believe we will be able to regenerate the whole heart of a human being with stem cells," he says.

While the promise of stem cell therapy remains seductive, many questions remain about how to harness stem cells' power. Even in trials, which are designed to test effectiveness and safety, it's not always simple for researchers to determine whether a stem cell treatment is the cause of a patient's improvement. "With any [stem] cell-based therapy, there's such a high placebo effect," says , director of Cardiovascular Regenerative Medicine at the and the national investigator on Benson's trial. "There's so much ... hype about the potential of stem cells. It's positive reinforcement." (In Benson's case, Patel says it's likely that the treatment is having a real impact, rather than a placebo effect, given that Benson lives at high altitude.) "Elevation--that's the ultimate stress test," he says.

In some ways, Benson is a particularly important subject for a clinical trial, because he's never been a smoker or drinker, and he doesn't have diabetes or coronary heart disease. (He developed heart failure after catching a virus several years ago.) Like Benson, about 40 percent of heart failure patients do not have coronary disease nor have they had a heart attack.

No stem cell therapy for heart failure is going to be a cure-all, experts acknowledge. "Even as a wildly optimistic guy, I don't imagine that anything I do on a single day in the cath lab is going to reverse 30 years of disease," says , director of the Program in Cardiovascular Regenerative Medicine at , who is leading a 10-person heart failure pilot study using stem cells derived from patients' own blood.

Yet for heart failure patients who feel they have few options left, finding a study to participate in may seem daunting, a feeling that is often magnified by being sick. Benson looked into the clinical trial he joined after his wife noticed an ad in the newspaper. Another resource is ClinicalTrials.gov, which is the closest thing to a clearinghouse for research related to any disease or condition, not just heart failure. It lists all clinical trials receiving NIH funding, plus some that are not. But the site is not always up to date, and it can take some creative, diligent searching to turn up all the relevant trials.

Patients in search of a trial shouldn't fear going straight to the source. "In my opinion, most patients are far too shy about picking up a phone and starting a line of inquiry," says Losordo. He encourages directly contacting the researchers and nurses listed on clinical trials. Even if Losordo cannot help a particular patient himself, he says he can often point the person to a colleague in the field. "All the people involved in this stuff at medical centers--we want to help folks out."

People considering volunteering for a trial may want to weigh how easy it would be for them to travel to one treatment center or another. Less of a factor: the scientific question a given trial is seeking to answer. Different trials are designed to address different medical unknowns, including how best to deliver the stem cells to the heart, exactly where to inject them, and how to keep them in place (surprisingly, they don't just stay put; a significant percentage travel to other places in the body). Researchers are also studying which kinds of stem cells are most likely to work, whether those from a person's own bone marrow, blood, or heart itself, say, or potential "off the shelf" stem cells products that come from neither the patient nor directly from a donor. "No evidence out there yet would point a person in one direction or another," Losordo says. The field is simply too new.

For , the choice to volunteer for the clinical trial in was a relatively simple one. His trusted cardiologist and friend, knowing the severity of Benson's disease, had told him, "You don't have a thing to lose; you don't have much time left," Benson recalls. And by the measures most important to him, he says, having his stem cells injected into his heart has proved significantly worthwhile. Says Benson: "I've gotten my sense of humor back."