Snacks Can Be Part of a Healthful Diet 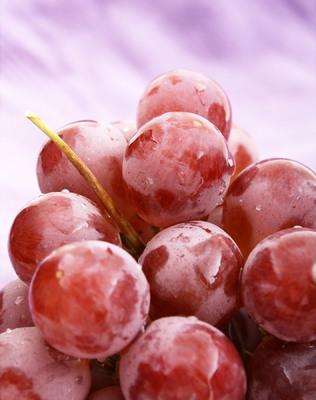 It used to be that someone who wanted to lose weight was advised to stick to three square meals a day. For adults, at least, snacking was considered an unnecessary source of extra calories, and if you were hungry between meals, well, tough; you'd just have to wait for the next one. Nowadays, it's a rare diet plan that doesn't include planned snacks. Without a little something at 4 p.m., many diet books say, you're going to get hungry and blow your diet when dinnertime arrives.

So which is it? If you're trying to lose or maintain weight, should you snack or not? And if you should, how and what should you eat?

First, let's get one thing straight: Snacking appears to be neither significantly better nor worse for you, biologically speaking, than not eating between meals. In animals, at least, studies suggest that indicators of health actually improve when rodents fast intermittently--that is, alternating days of eating to their hearts' desire and eating nothing. In humans, one study published in 2007 had subjects eat either three meals a day or the same number of calories restricted to a four-hour window in the early evening.

There were no major differences in health indicators like blood pressure, says Mark Mattson, lead author of the study and a neuroscientist at the (Bethesda, Maryland). (The one-meal-a-day group actually had worse results for a few measures, like glucose tolerance, but Mattson chalks that up to study design issues, such as the timing of blood draws.)

Margriet Westerterp, a professor of human energetics at in the Netherlands, says that while eating more meals per day may have a favorable impact on blood glucose and insulin levels, the effect isn't strong enough to promote weight control.

Physiological studies in the lab are one thing. Free-ranging human behavior is another, especially when those humans are tempted by abundant food almost everywhere they go. Under real-world conditions, "the longer we go without eating, the greater the risk of overeating," says Linda Spangle, a weight loss coach and author of "100 Days of Weight Loss: The Secret to Being Successful on Any Diet Plan

"We get hungry. We get tired. We lose our common sense." While everyone is different and some people are fine with three squares, she says in her experience most people are better off eating more often, like every three to four hours.

Dietitian Amy Jamieson-Petonic, a spokesperson for the and director of wellness coaching at the , says snacks lower the chances dieters will feel deprived.

Here's the catch: Those snacks have to be appropriately sized. "You have to watch out for when snacks become meals," says Melanie Douglass, a dietitian and personal trainer based in Salt Lake City, Utah. A lot of people make that mistake, says Barry Popkin, director of the Inter-Disciplinary Obesity Center and author of "The World Is Fat" ().

We are eating more between regular meals, to the point that those in-between calories may make up nearly 30 percent of daily calories, depending on age and gender, he says. Plus, the snacks we're eating tend to be more calorie-dense than a regular meal. People don't wait to eat until they're hungry; they just eat all the time--in the car, in the classroom, at their desk at work.

"The reality is that people are not eating seven 200-calorie meals a day," says Popkin. "They're having normal meals and then large snacks." That's what you want to avoid.

An appropriate snack in a typical 2,000-calorie-a-day diet is about 150 to 200 calories, says Douglass. (That assumes three main meals at 500 calories each, plus two or three snacks during the day.) And that's not a whole lot--a piece of string cheese and a piece of fruit, for example. She advises you start with fruits and vegetables, and while it's great to have both protein and carbs at once, don't get too obsessed with that idea. "It's OK to have an apple in the morning and nuts in the afternoon," she says.

As for when to snack, Spangle advises a mix of going by the clock and listening to your body. "If it's mid-morning and you're hungry, you probably need a snack. If it's 11 or 12, eat lunch," she says. And plan ahead so you're not caught short, particularly in the crucial late afternoon. Douglass actually advises skipping a before-bedtime snack, since people tend to pig out at night and there's no activity in the next eight to 10 hours to burn off the extra calories.

"If you need something after dinner, have a glass of milk or a little carton of yogurt," she says. And whenever you get the urge to nibble, ask yourself whether you really need to, says Spangle. "Are you hungry, or is this a desire to eat? Do you just not want to go to bed? Is snacking just going to fill up the time? What else could you do besides snacking?"

If you don't like snacking or it doesn't work in your eating plan, you don't have to do it. (Unless, that is, you have diabetes or some other condition, and your physician has advised frequent meals.)

Studies suggest the most important factor is not when you eat but rather the amount of food you take in--and research in both animals and humans shows that eating less is associated with better health. "If there's a reduction in overall caloric intake, you're going to lose weight," says Mattson. "My view... is that it doesn't make a heck of a lot of difference how frequently you eat."

What many people consider a "snack" --an energy bar, part of a bag of chips, or side order at a fast-food restaurant -- can actually have 400 or more calories, making it more like a meal. A true snack, says Melanie Douglass, a registered dietitian and personal trainer based in Salt Lake City, Utah, is about 150 to 200 calories.

Here are some of Douglass' healthful snack suggestions:

1. A cup of high-fiber cereal (like Kashi Heart to Heart) and a small handful of pumpkin seeds.

2. One ounce of nuts, which is about 24 almonds or 15 walnuts. Nuts are nutrient-packed but calorie-dense, so limit consumption to one or two handfuls a day.

3. One cup of bran flakes with half a cup of chocolate milk.

4. One handful of red grapes. Freeze them for five minutes to make them sweet and crisp.

6. Whole-wheat toast--be sure it's 100 percent whole-wheat--with a bit of peanut butter.

7. One stick of string cheese with a piece of fruit.

8. One whole-wheat tortilla with a few spoonfuls of canned black beans.

9. One serving of Greek yogurt with a handful berries.

10. Any fruit or vegetable. For more protein, also eat a serving of nuts, sliced turkey, or a low-fat yogurt with less than 20 grams of sugar per 8-ounce serving.

100 Days of Weight Loss: The Secret to Being Successful on Any Diet Plan