Healthcare Giving Students Opportunity to Pay their Way through College 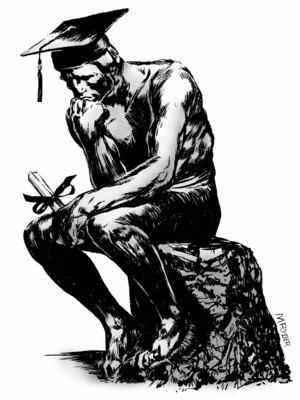 While college students across the country scramble to find summer employment, Marie Getz, an art therapy grad student at in Colorado, gets paid to sit in the living rooms of senior citizens and discuss life.

As a part-time caretaker for , a nonmedical elderly services network, she works four days a week providing companionship to seniors and helping them with simple tasks like grocery shopping, meal preparation, and household chores.

The job is far from glamorous, but it bends to fit her school schedule, giving Getz the reward of giving back while footing hefty tuition bills.

Getz is just one of many students expected to lean on the healthcare industry for employment this year as the part-time job market sinks even further south. Lucky for them, a deluge of aging baby boomers drives one of the healthiest industries today. Seven of the 20 fastest-growing occupations are related to healthcare, according to government data. By 2016, the whole industry is poised to add 3 million new jobs to the 13.6 million that already exist, more than any other field. Many new positions will be office and administrative support jobs that require no medical degree and offer new options for students paying their way through school.

When it comes to working one's way through college, the work-study award presented as part of the student's financial aid package should be the first option for most undergraduates. The salary for work-study -- typically around the hourly minimum wage for the state in which the college is located -- might be lower than for some other jobs. But the income from a work-study job won't affect the expected family contribution in subsequent financial award packages, as money from other jobs can.

When the work-study income isn't enough, students have to turn to a difficult job market. There, healthcare jobs could be their best option. Shawn Boyer, CEO of the hourly-wage job listings website SnagAJob.com, says he's seen an influx of healthcare facilities posting open positions for front-desk attendants, call-center operators, parking valets, hospital retail and cafeteria employees, and data-entry jobs. Wages for these positions often float north of the average retail paycheck, he says.

This is good, because retail jobs seem to be vanishing into thin air. According to a recent nationwide survey commissioned by SnagAJob.com, almost half of hourly-wage employers chose not to hire for seasonal summer positions this year. Toss that in with a bleak back-to-school forecast of more budget tightening and increasing unemployment, and students are left competing against better-qualified applicants for fewer spots and scrambling to support their education.

"Employers can be so much more choosy with the people they are hiring," Boyer says. "It's not the surplus market it was just 18 months ago, when it was in the job-seeker's favor."

Senior care is no exception to the healthcare jobs anomaly. By 2016, home health aide positions like Getz's are projected to grow by nearly 50 percent. "There will always be seniors, and they will always need caring for," says Erin Albers, spokesperson for Home Instead's home office in Nebraska.

In more than 800 offices in 15 countries, college students make up roughly 20 percent of Home Instead caregivers, according to the company. Albers says recruiting has been up significantly over the past year, goaded mostly by the growing senior population and a demand for a diverse pool of caregivers with varying interests.

"If we have a client who used to ride horses, we may try and find a caregiver who has that special interest because most times that's more important than the actual service they provide," she says. Albers adds that most students find the job rewarding beyond just the paycheck and flexible hours. "I think anytime you can put on your réumé that you have affected the life of someone else, it's a good thing."

The College Solution: A Guide for Everyone Looking for the Right School at the Right Price

Healthcare Giving Students Opportunity to Pay their Way through College