Some Good News About Banking 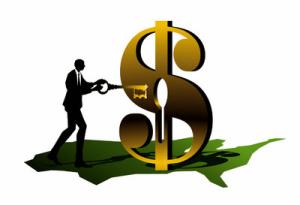 And now for something completely different: some good news about banking.

Yes, I know that an upcoming analysis by the IMF reportedly says that, when all is said and done, toxic debts on the balance sheets of banks and insurers could go as high as $4 trillion.

And I realize that last weekend saw the FDIC take over two more banks -- the 22nd and 23rd takeovers of the year.

It's not all doom and gloom.

While I couldn't disagree more with Time, which recently declared that "the great banking crisis of 2008 is over," there are actually many things going right in the banking industry.

Before I lay them out, though, it's important that we clarify our terminology. When it comes to the current crisis, all banks are definitely not created equal -- or equally culpable.

As Edward Yingling, president and CEO of the American Bankers Association, pointed out in a letter he sent to President Obama in February: "Wall Street and Main Street banking are very different."

According to Yingling, "Of the over 8,000 banks in this country, very few ever made a single subprime loan, and they did not engage in the highly leveraged activities that brought down Wall Street firms."

According to the Federal Reserve, overall business lending by banks was up 12 percent in 2008 -- bucking a trend of scaled-back lending over the last six economic downturns. Indeed, a new survey by the National Federation of Independent Businesses found that only 8 percent of small businesses reported problems in obtaining the financing they needed.

So when we rightly castigate "bankers" for the banquet of greed and corruption that has created the toxic economic swamp we are struggling to drag ourselves out of, we need to keep in mind that we are really talking about the high-flying -- and highly connected -- financial gluttons of Wall Street who have come to dominate the global credit market, and not the vast majority of much smaller, and much more local "traditional" banks.

Another bright spot on the banking front is credit unions.

They're lending, their balance sheets are solid, and their capital levels are at near record highs.

Since their goal is not to maximize short-term profit, credit unions by and large steered clear of risky subprime loans. As a result, their balance sheets could pass the Geithner stress test just fine.

And, according to the Credit Union National Association, as of mid-2008, delinquencies on its members' mortgage loans were only 0.7 percent. Around 70 percent of credit union loans are held by the credit unions themselves, as opposed to being sold off on secondary markets.

And because credit unions offer lower fees and higher interest rates on savings than banks, members saved $10.9 billion in 2008 by using credit unions instead of banks. And you can rest assured that deposits at credit unions are insured by the government-backed National Credit Union Share Insurance Fund -- the credit union equivalent of the FDIC.

It's worth noting that all is not sweetness and light in the credit union universe.

Another positive development in the banking industry: the stateside arrival of Muhammad Yunus.

He's the microfinance innovator who won a Nobel Peace Prize for his work in 2006. His Grameen Bank opened a branch in New York last year.

Its slogan: "Banking for the unbanked."

And Yunus has also applied for a credit union license so he can open other branches across the country. Although, at first glance, it might seem worrisome that a practice most closely associated with helping struggling Third World countries is now coming to America, Yunus and Grameen Bank are clearly meeting a growing need.

The New York branch has around 500 clients, mostly women. The average loan amount is $2,200 (no collateral necessary) and 99.6 percent of the recipients have been making their payments on time.

Yet another bright spot in the banking world: green banks.

As the New York Times recently reported, it's a growing trend in the industry. New green banks are being founded, and some established banks are going green.

What does green banking mean?

The founders of e3bank, just chartered in Pennsylvania, say that its guiding principle will be a "triple bottom line":

The Triple Bottom Line concept has been around for a while.

I wrote a column about the growing number of companies that had decided that "corporations need to pay attention to both their stockholders and their stakeholders -- those who may not have invested money in the company but clearly have a de facto investment in the air they breath, the food they eat, and the communities they live in." But the economic meltdown has given it renewed momentum.

ShoreBank, a community and green bank founded in Chicago in 1973 in an effort to combat redlining, which banks used to deny minorities access to financial resources, has been a pioneer in Triple Bottom Line banking -- and a huge success. It now has assets of $2.4 billion and affiliates in Cleveland, Detroit and Portland.

"We are a bank with a mission," says ShoreBank spokesman Brian Berg. "We believe that you can both be profitable and have a positive impact on the community. By doing banking responsibly, you can revitalize neighborhoods and create opportunities that improve peoples lives."

And they've been doing it for 35 years with programs offering rescue loans that help people with out-of-control adjustable rate mortgages refinance at affordable fixed 30-year rates, high yield savings accounts that help fund loans for homeowners making energy-saving improvements to their houses, and loans to companies that help train people for green jobs.

"People lending money can be very powerful influencers," says Berg. "We try to use that influence to encourage our customers to help change the community and the environment."

In a recent column, Paul Krugman called on the banking industry to become boring again.

Not boring as in uninteresting, but boring as in stable and reliable -- as opposed to the no-limits-casino banking culture that has come to dominate Wall Street, and that we're all currently paying for.

Frank Rich quoted an astounding statistic from the Harvard Crimson:

What would they choose if the banking world goes back to being "boring"?

Would they invest their energies in actually making things, instead of making things up -- like collateralized-debt obligations and credit default swaps?

But as developments like green/triple bottom line banking, microlending, and, steady-as-she-goes credit unions show, banking can be both interesting and responsible.

It's time to decouple high-flying finance from banking -- and traditional banking from the taxpayer-subsidized gamblers on Wall Street. In fact, if our financial system is going to once again thrive and not just hobble along Japanese-lost-decade style, it's imperative.

We have miles to go -- and trillions in toxic assets to deal with -- before we can sleep easy. But it's nice to remember that there are some "glimmers of hope" shimmering amidst the darkness.