Do Some Research Before You Donate to Charity 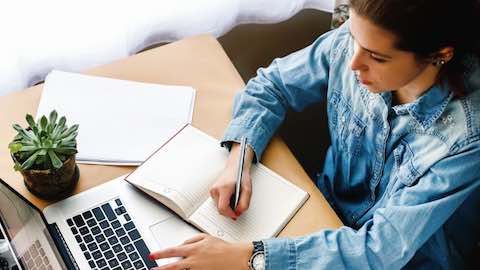 Do Some Research Before You Donate to Charity

It's hard to turn down charities at times. But for giving to be truly effective, it should be well thought out overall and not done on impulse.

Consumers get pitched by numerous charities that hope the spirit of giving will pry open hearts and pocketbooks. The appeals often have a sense of urgency as many charities struggle this year with increasing needs and declining donations because of the economic malaise.

It's hard to turn down charities at times. But for giving to be truly effective, it should be well thought out overall and not done on impulse.

"Most people give because they're asked," said , president of the . "They're good-hearted people and they want to help. So they respond to a solicitation or give because a friend says they like a particular charity.

"That's not an effective way to finance causes that you care about."

What should you do?

The person on the other end of the line says she's with the "Fraternal Order of Police" or the "." Those sound like good causes and the caller says that you supported them last year. Can they count on you again?

But before you pledge, get some information.

The first thing you need to know is whether the person on the line works for the charity group or for a professional fundraising company. The latter is more likely and more ominous. It means that a good portion of your donation -- as much as 99 percent of it -- is going to be paid to the fundraiser rather than the charity. If the person on the line is reluctant to tell you, or says that all your money goes to the charity, ask how you can see the group's 990 form before you give.

This form is a charity's financial statement. It must be filed annually with the , and it spells out not only how much a charity receives in donations but also how much it spends on programs.

If the fundraiser doesn't want to send its 990 form -- or you did get it and suspect it's an edited version -- go to your trusty computer and check out the charity at the CharityNavigator.org watchdog group.

If you're thinking of giving to a group that runs national advertisements, such as Smile Train or Feed the Children, you should check out the organization with the , too. AIP rates fewer charities than Charity Navigator but provides a far more detailed look at the finances of those that it does rate.

AIP's website, CharityWatch.org, shows that Feed the Children has been involved in numerous controversies, for example, and Smile Train's advertising claims have been questioned.

Give more to fewer groups

To have a bigger effect, it's wise to give more money to fewer causes, experts contend. That's because a portion of every donation is spent on the cost of fundraising, thanking you for your donation, keeping donor records and providing receipts. That paperwork cost can eat up a significant portion of a gift. When the charity provides donors with labels, pins or some other "thank you" gift with its appeal, administrative costs are likely to be particularly high, Borochoff said.

If it's the cause -- not the mailing labels -- that's dear to you, resist the urge to give a token amount to a charity that you don't support enthusiastically. Then give the charities you really care about as much as you can afford.

If you can't give as much cash as you'd like, consider donating your time. Local shelters, food pantries and thrift stores often need reliable volunteers to staff kitchens and retail locations. Your time saves them money and is the equivalent of a valuable donation.

Many groups, including Goodwill and in Los Angeles, operate thrift stores not only to finance their operations but also to provide clothing and household items to the poor at a low cost. While you're pulling out your holiday decorations, consider going through storage spaces and giving away anything that you don't use but is still in good condition.

You can get a tax deduction for the market value of these donated items. Be sure to keep records of what you donated in case you're audited.

If you're temporarily short of cash but want to donate this year to get a tax deduction, know that the considers a donation made on the day it's charged to a credit card, not the date that the credit card bill is paid.

So you can charge a donation Dec. 31, get the tax deduction for it and pay the bill in January. Just be sure to be as responsible with the amount you're giving to charity as you should be with your personal expenditures. Don't go into long-term debt to make donations.

Personal Finance: "Do Some Research Before You Donate to Charity"