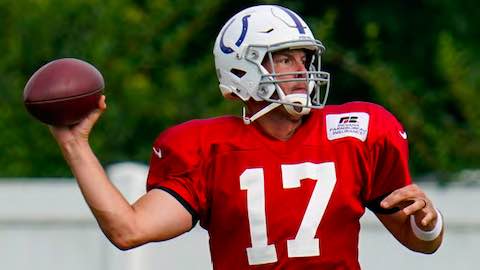 Games NFL quarterbacks missed due to injury by season since 2015:

The quarterbacks with the most consecutive games started in NFL history:

Philip Rivers on his streak

"That's one streak or one thing that has always meant a lot to me. I think there are a lot of things that go into that, right? I have been blessed enough to be healthy enough to be out there. There is an element of toughness to it. Also, it means your guys are protecting you. There are so many things involved that allow you to be able to suit up each and every week, but that's always been important to me to be available and to be out there every Sunday that I could be. I'm thankful that's been 220-something plus in a row. Certainly, the desired hope is to keep that thing going."

13 quarterbacks started all 16 games for their respective teams during the 2019 season: