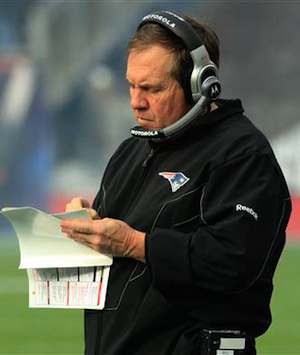 Under the guidance of head coach BILL BELICHICK, the Patriots have won three Super Bowls and qualified for the postseason eight times during that span.

"Bill Belichick is a great coach and he has tremendous knowledge of the game," says CBS analyst and former general manager CHARLEY CASSERLY. "He's unique in that the guy could probably coach every position.

"He's a master strategist, both offensively and defensively. He knows both sides of the ball, and there aren't many coaches like that."

Getting off to a strong start is important. Over the past 10 years, 15 teams have a winning record through the season's first month.

Those 15 clubs have combined for 71 playoff appearances in that span and have won eight of the 10 Super Bowl championships.