The Battle for the AFC's King of the Hill 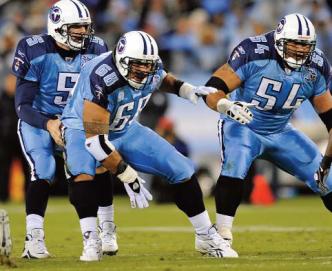 The Titans and Steelers are the only AFC teams, so far, to clinch a playoff berth.

While both teams have clinched a first-round playoffs bye, this Sunday's game will likely determine which team gains homefield advantage in the AFC.

A win by the Titans guarantees them the AFC top seed. If the Steelers win, the Steelers would also need a win against the Cleveland Browns the following week to clinch the conference's top seed.

The Steelers have won 5 straight games and have not allowed an opponent more than 13 points in any of those five games, allowing just 10.2 points per game.

During the current 5-game winning streak, Pittsburgh has outscored its opponents 104-52 while giving up 235.8 yards per game. On offense, the Steelers are averaging 331.2 yards per game and 20.8 points per game. The Steelers time of possession is 33:37 this season, holding their opponents to 26:23.

The Titans have outscored their opponents by 147 points, or 10.5 points per game. They have accumulated 344 points while allowing 197. Their point differential ranks first in the NFL.

The Titans currently rank second in the NFL in scoring defense. They are allowing opponents an average of 14.1 points per game and have kept opponents to 17 points or less in 12 of 14 contests in 2008. The only teams to score more than 17 points on the Titans this season were the Indianapolis Colts (21) on Oct. 27 and the New York Jets (34) on Nov. 23.

Through 14 games, the Titans are allowing their opponents an average of 281.0 net yards per game. That average is good enough to rank fourth in the NFL. The Titans are fifth in pass defense (187.6 per game) and ninth in rushing defense (93.4 per game).

The Pittsburgh Steelers are 38-28 in regular season games all-time against the Tennessee Titans, including a 23-11 advantage at home and a 15-17 mark on the road. The Steelers are 1-7 in Tennessee since the Titans moved there in 1997. The Steelers only victory came on November 25, 2001 by a final score of 34-24.

Pittsburgh won its fifth straight game improving their record to 11-3. The win clinched the AFC North Division title and guaranteed the Steelers a first-round bye in the AFC playoffs.

The Steelers came back from a fourth-quarter deficit by scoring 10 points in the final quarter.

After a scoreless first quarter, Baltimore struck first following a 46-yard punt return by Ravens S Jim Leonhard. QB Joe Flacco led the Ravens to the Pittsburgh 10-yard line before the drive stalled, and K Matt Stover came on to hit a 28-yard field goal to give Baltimore a 3-0 advantage.

The Steelers responded with a field goal on the next possession. QB Ben Roethlisberger drove the Steelers deep into Ravens territory, but the Ravens stopped the Steelers inside the red zone. Steelers Kicker Jeff Reed tied the score at 3-3 with a 31-yard field goal.

Baltimore regained the lead when Stover hit a 26-yard field goal with 52 seconds remaining in the first half. The first half ended with a Ravens 6-3 advantage.

The Ravens improved their lead to 9-3 midway through the third quarter when Stover kicked his third field goal of the game (28 yards) following Ed Reed's recovery of a Santonio Holmes fumble at Pittsburgh's 16-yard line.

Five minutes into the final quarter, Reed kicked a 30-yard FG to narrow the Ravens lead to 9-6.

The Titans suffered their second loss of the season last week at Houston. Four field goals by Rob Bironas were all the Titans could muster in a 13-12 loss. It was the first time this season the Titans did not score a touchdown in a game.

Quarterback Kerry Collins connected with Justin Gage for a 34-yard reception to push the ball past midfield. After another first down, Brandon Jones' eight-yard reception left the Titans with a fourth-and-three at the Houston 32.

The Titans elected not to attempt a field goal into the wind. Instead, Collins tried to connect on a pass with Justin McCareins as the receiver streaked down the left sideline. The pass was long, however, and fell incomplete on the first play after the two-minute warning.

Although left with three timeouts, the Titans failed to get the ball back, as Texans rookie running back Steve Slaton tacked on 48 yards and two first downs. Slaton ended the day with 100 yards on 24 carries.

The Titans 2 losses this season in the end will add up to aberrations. Ironically, this week's game against the Steelers would have been meaningless if not for the Titans loss last week to the Texans.

In 2008 the Titans have only one material weakness. The Titans rank 20th in the NFL with a 29:41 average time of possession which play right into the Steelers hands.

However, the Titans are second in the NFL in turnover differential. They have 18 interceptions and nine fumble recoveries to give them 27 takeaways. Meanwhile, they have committed 17 turnovers to give them a ratio of plus-10. The Steelers have thrived on turnovers this season and have been able to turnaround and win games against their competition.

The lack of turnovers and, ultimately, home field advantage this week will lead to a Titans 17-14 victory.