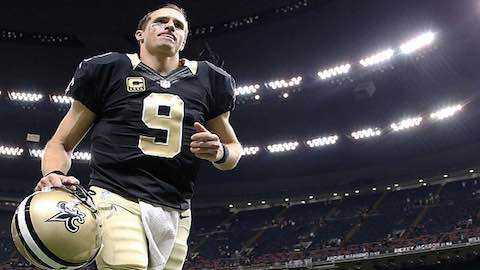 NFL History shows that the best way for a team to start its drive toward a Super Bowl championship is to win in Week 1.

The 53 Super Bowl winners have a 43-9-1 record in Week 1 games of their championship seasons. The Super Bowl LIII champion New England Patriots, who host Pittsburgh in their season-opener on Sunday Night Football, have won nine of their past 10 home openers played on Kickoff Weekend, the most in the NFL over that span.

Since 1978 when the NFL went to the 16-game schedule, and excluding the abbreviated season of 1982, teams that are victorious in their season-openers are more than twice as likely to reach the playoffs than losers of an opening game:

Note: There are a different number of winning and losing teams in season-opening games due to the fact the NFL had 31 teams in each season from 1999-2001, which creates an odd number for the total number of results.

In 2018, three of the four participants in the conference championships -- Kansas City, the Los Angeles Rams and New England -- were victorious on Kickoff Weekend, including both Super Bowl teams.

Some teams have excelled in NFL season openers. Below is a sampling of notable active NFL Kickoff milestones and streaks.

The Green Bay Packers 57 Kickoff Weekend wins are the most all-time and Chicago's 54 wins rank second. After defeating the Bears 10-3, the Packers have now won their past five Kickoff Weekend games, the longest active streak in the NFC.

The DENVER BRONCOS, who begin the season by visiting the OAKLAND RAIDERS on Monday Night Football (10:20 PM ET, ESPN), have posted a .672 winning percentage (39-19-1) on Kickoff Weekend, the top mark in the league. Denver has won its past seven Kickoff Weekend games, the longest active streak in the NFL.

The SEATTLE SEAHAWKS, who returned to the playoffs in 2018, host the CINCINNATI BENGALS (4:05 ET, CBS). Seattle has won 10 consecutive home openers, the longest active streak in the league.

The WASHINGTON REDSKINS face the PHILADELPHIA EAGLES on the road to start the season (1:00 ET, FOX). Washington has won its past three road openers, the longest active streak in the league.

Some players have excelled in openers. Below is a sampling of notable individual performances on NFL Kickoff Weekend:

Drew Brees, who led all NFL quarterbacks with 439 passing yards on Kickoff Weekend in 2018, has three career 400-yard passing games in season-opening games, the most by any player in NFL history. Los Angeles Chargers quarterback PHILIP RIVERS, who passed for 424 yards in Week 1 last season, and Manning are the only other players with multiple 400-yard passing games on Kickoff Weekend.

Adrian Peterson also enters the season with nine career rushing touchdowns on Kickoff Weekend and needs one more to join Pro Football Hall of Famer MARCUS ALLEN (12), CHUCK MUNCIE (11) and PRIEST HOLMES (10) as the only players in NFL history with at least 10 rushing touchdowns in season-opening games.

Philadelphia wide receiver DESEAN JACKSON, who had 147 receiving yards on Kickoff Weekend in 2018 with Tampa Bay, has five career games with at least 100 yards receiving in Week 1, tied for the second-most all-time. With at least 100 receiving yards against Washington on Sunday (1:00 PM ET, FOX), Jackson would tie Pro Football Hall of Famer MICHAEL IRVIN (six) for the most 100-yard receiving games on Kickoff Weekend in NFL history.

Arizona rookie quarterback KYLER MURRAY, the No. 1 overall selection in the 2019 NFL Draft, is expected to make his first career start against the Detroit Lions. With a start by Murray, at least one rookie quarterback will have started in Week 1 in 12 consecutive seasons, the longest streak in the NFL since at least 1950.

The NFL quarterbacks to reach 200 career touchdown passes in the fewest games in NFL history: ​

With four touchdown passes, Russell Wilson would also become the first player in NFL history with at least 200 passing touchdowns and 15 rushing touchdowns (16) in his first eight seasons.

Running Backs Moving On Up

The players with the most rushing touchdowns in NFL history:

The players to reach 8,000 career scrimmage yards in the fewest games in NFL history:

With a receiving touchdown against Pittsburgh on Sunday Night Football (8:20 PM ET, NBC), White can join CHUCK FOREMAN (23 receiving touchdowns) and BRIAN WESTBROOK (23) as the only running backs in league history with at least 20 touchdown receptions in their first six seasons. ​

NFL running backs with at least 20 receiving touchdowns in their first six seasons:

NFL players to reach 700 career receptions in the fewest games in NFL history:​