Aromatic Lavender: Not as Hard to Grow as You Might Think 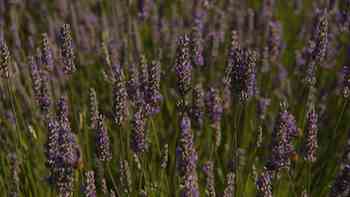 The scent of lavender is unmistakable: clean, fresh and soothing. This aromatic member of the mint family gets its distinct aroma from the oil produced by the plant's leaves and stems. Lavender oil's restorative powers for skin cells have been known for centuries, so it's no surprise that it's commonly found in shampoos, conditioners and skin care products, as well as in purfumes, candles, pillows, pet beds, and carpet and room fresheners. It's also used in aromatherapy and even to flavor ice cream.

Native to Mediterranean climates, lavender requires full sun and well-drained soil to thrive, and given the proper growing conditions can become a large semi-woody shrub. Lavender plants can tolerate below-freezing temperatures common in many parts of the United States, provided they are planted in soil that drains freely. If your soil has heavy clay content, as in many parts of the Midwest, augment it with sand or limestone pea gravel, and consider mounding beds. Lavender prefers to grow in areas with intermittent rainfall, and too much water or constant high humidity will cause the plants to rot.

There are some 39 known species of lavender, varying in size from small, rangy plants to large semi-woody shrubs. While Lavandula angustifolia and Lavandula dentata are the species thought to produce the finest quality oil and are most often used in perfumes, a lavender hybrid called Lavandula X intermedia is the type most commonly grown in production due to this plant's larger size and longer flower stems.

As lavender ages, the stems tend to become woody. In order to keep your plants looking their best, pruning twice per year is recommended. After growth resumes in the spring, the plants will produce flower spikes. Depending on the species and the growing zone, this will be sometime between April and July.

Plants should be judiciously pruned back immediately following flowering and if possible once again in early August. The second pruning encourages multiple stems to grow before the onset of winter and prevents the plant from splitting during winter months.

Growing your own lavender is easy, but it isn't the only way to enjoy the plant's soothing properties. A guest on my television program, "Cultivating Life," showed me how easy it is to make skin care products with lavender. Brenda Brock, owner of Farmesthetics, a natural cosmetics company based in Newport, R.I., shared some recipes for soothing body and home products with lavender as their inspiration.

Heat 1 cup almond oil (you may substitute grape seed or soy oil) in a double boiler on medium heat; do not boil. Add 1 tablespoon grated bee's wax to hot oil. Stir until melted, and then remove from heat. Add 1/8th teaspoon of vitamin E, 7 drops of lavender essential oil and two drops of peppermint essential oil and mix thoroughly. Pour into container and allow to cool. Continue mixing to aerate and make mixture creamier. To use, massage small amount into hands, nails and cuticles to soften and protect the skin.

Home & Garden - Aromatic Lavender: Not as Hard to Grow as You Might Think