Make Sure Your Long-Term Care Insurer Pays Up 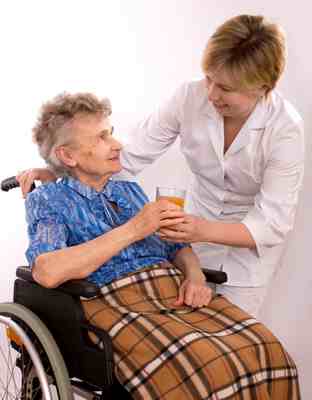 Virgil and Mary Rickard bought long-term-care insurance policies in 1998, just after their 70th birthdays. It turned out to be a wise decision.

Mary cared for Virgil at home for several years after he was diagnosed with dementia and Parkinson's disease, but last year she finally had to move him into a nursing home. That's when she filed a claim for long-term-care insurance benefits. Despite her background as a bookkeeper and her keen eye for detail, Mary was soon overwhelmed by the paperwork and asked her daughter for help.

In many cases, getting a long-term-care claim approved is the easy part. It's the ongoing paperwork that drives families crazy, especially if you have to submit home-care reports with details of daily care. Mary's story has a happy ending, but it provides a cautionary tale for policyholders -- and their caregivers.

For starters, keep in mind that the person who files a claim on your behalf 10 or 20 years from now may not know the details of your policy. Make it easy on your future caregivers by giving them a copy of your policy along with a cover letter specifying the important details: policy number, the people to contact about claims (both the contact person at the company and the agent), key information about how to qualify for coverage, and how long the waiting period lasts before benefits begin.

That's just one of the strategies to get the most out of your long-term-care policy. We interviewed insurance agents, claims specialists and family caregivers to create the following guide to filing claims.

Initially, Mary Rickard wanted to review every bill from the nursing home before it went to the insurer so she could spot any errors. But that meant she had to pay the bills out of her own pocket before getting reimbursed by the insurer -- writing checks for more than every month. "You have a long-term-care policy and assume everything is covered," says Mary's daughter, Linda Swaim. "You don't think there's going to be a reimbursement issue."

But even Swaim, a nurse who specializes in worker's compensation claims, was overwhelmed by the complicated and time-consuming claims process. Some of the nursing home's charges were covered by the policy, while others were not. And sometimes the facility or insurer lost crucial paperwork, delaying reimbursement checks.

Swaim finally called her family's long-term-care insurance agent, Betty Doll, to ask whether there was any way to streamline the process. Doll helped her arrange direct billing between the nursing home and the insurer. (This is called "assignment of benefits.") That freed Mary to spend her days with Virgil in the nursing home a few miles from where she lives in Winston-Salem, North Carolina, rather than sifting through paperwork.

Some long-term-care agents will help with claims paperwork, so ask about that when you're buying a policy. "We always tell our clients to let us handle the claim to make sure it is done right," says Karl Kim, of , in Cerritos, California. His staff gathers the paperwork for the client, follows up with phone calls to the claims department and can assist family members with monthly invoices.

Several insurers -- such as John Hancock, and Genworth -- now provide a "care coordinator" for long-term-care claims. The coordinator -- often a nurse or a social worker -- can answer questions about claims, initiate the paperwork and guide you through the claims process. "It's never too early to contact a care coordinator," says David Acselrod, vice-president and product manager for long-term care with .

It helps to call when you first suspect that your relative will need care, even if it's long before he or she will become eligible for benefits. The care coordinator can explain what needs to happen to qualify for benefits and which types of facilities and caregivers you can use.

Finding an eligible caregiver at the outset is a key way to avoid long-term-care payment problems. In many cases, a family hires a caregiver before contacting the insurer, only to discover later that the caregiver doesn't meet the policy's criteria for reimbursement. Some policies require a caregiver to work for an agency; others require licensing. A few insurers reimburse family members to provide care, but most policies specifically prohibit it.

Saralee and Elliot Norman, of Brooklyn, New York, hired a highly recommended caregiver for Elliot's parents, Manny and Rozy Norman. "She was extraordinarily patient, capable, good-humored, pleasant and effective," says Saralee. "They both loved her. Dad, who has Alzheimer's, was responsive and cooperative."

But when they contacted about getting reimbursed for the caregiver's fees, they found that she was ineligible for payment because she was not working through an agency and wasn't licensed as a home health aide. "Sadly, we had to say goodbye to her and find a replacement from a licensed agency," says Saralee. "The woman who was sent for the job, although pleasant and good-natured, doesn't come close to our first choice."

The Normans, who employ three different caregivers for Elliot's parents' round-the-clock care, have figured out how to maximize their benefits. They hired the daytime and evening caregivers from an agency, which qualifies for reimbursement. But because Manny's care costs more than his policy's daily benefit allowance, the two weekday caregivers max out his coverage. For the weekends, the Normans hired a lower-cost caregiver who does not work for an agency and pay for her services themselves.

Some patients are so attached to their caregivers that they go to extremes to make sure they qualify for coverage. Sue Cunningham, a geriatric-care consultant in Virginia Beach, Virginia, had one client who paid for an eight-week certification course so that her caregiver would qualify for insurance reimbursements.

To qualify for long-term-care benefits, a policyholder usually needs to demonstrate that he or she requires help with at least two activities of daily living (such as bathing, dressing, eating, continence, transferring and toileting) or displays signs of cognitive impairment. But the triggering events just start the clock ticking on your waiting period before your coverage actually kicks in. Many policies have a 60- or 90-day waiting period -- also called an elimination period -- and that may be calculated in different ways.

Some policies use a calendar-day waiting period, which means that you'll start to receive benefits 60 or 90 days after the first day you qualify for benefits and receive care. That can be particularly beneficial to people receiving home care who may need professional care just a few days each week. Other policies use "days in service" waiting periods that count only those days you actually receive care. In that case, it could take months to satisfy the waiting period and qualify for coverage, says Bill Wetmore, a long-term-care broker in Emmitsburg, Maryland.

When someone is starting to show signs of dementia, it isn't unusual for his or her unpaid bills to pile up. If one of those bills is a long-term-care premium notice, the policy could lapse for nonpayment right before an individual needs it.

Insurers generally allow you to designate someone for backup notification if you haven't been paying your premiums. It's essential to name someone outside your home -- such as an adult child or financial adviser -- as your designee and to make sure his or her contact information is up to date. In some cases, the policy can be reinstated even after it has lapsed.

If your claim for long-term-care reimbursement is denied, most insurers have a multilevel appeals procedure. Some also offer an independent review process. You'll strengthen your case if you gather paperwork and keep detailed records of every phone call. "The number-one reason claims are denied is because the patient has not satisfied the activity-of-daily-living requirements," says Laurene Polignone, assistant vice-president of claims for John Hancock, which denies 2.4 percent of its claims. "Many denials will come back as an approval maybe two to six months down the road," as the person's health deteriorates.

It also helps to understand the "alternate plan of care" provision, which is included in most newer policies. The wording is intentionally vague. It means that the policy will cover care if the insurer, the insured and his or her doctor agree it is the best solution for the policyholder. Although it can be difficult to get coverage for these types of claims, it may be worth a try -- especially if the alternative care would save the insurer money.

Steve Forman, a long-term-care insurance broker in Bellevue, Washington, worked with the adult child of a woman with dementia. The daughter had hired a care provider who bonded with her mother over several months. But when the daughter discovered that the caregiver didn't have the licensing required under the policy to qualify for reimbursement, she struggled with what to do next. Forman recommended that the family try to get the caregiver covered under the policy's alternate-plan-of-care provision.

The daughter presented her case to the insurer and explained that if the caregiver wasn't covered, the family might have to switch her mother to a nursing home, which would be more expensive for the insurance company. (Her mother's policy was an older type that provided more money for nursing-home care than for home care.) The insurer ended up reimbursing her for her mother's care provider; so far she has collected more than to pay for her mother's home care.

What To Look For When Buying A Long-Term-Care Policy

A few key decisions you make when you buy a long-term-care policy can make a big difference when it comes time to file an insurance claim.

Check with independent insurance agents about the company's reputation and look up the insurer's complaint record with the state insurance department to see whether any enforcement actions have been taken against it. For example, in , state insurance regulators fined insurer and mandated in claims-handling improvements and restitution.

You'll find ratings of the insurer's financial strength at our insurance page. You may not have to file a claim for 20 or 30 years; a financially sound insurer will still be around to pay up.

Find out what type of caregivers are covered and how the waiting period is calculated.

Some of the biggest problems stem from old policies that have out-of-date requirements for triggering benefits -- for example, requiring a three-day hospital stay before benefits kick in. Insurers sometimes let policyholders update their policies as new provisions come out regardless of their current health.