Tips for Dealing With Age Discrimination 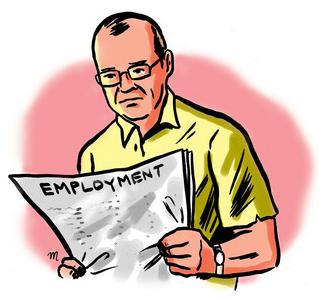 An increasing number of laid-off employees are claiming that they were unfairly dismissed because of age.

"When economic times are bad and people are losing their jobs, there tends to be an increase in litigation activities because people are looking for a reason to explain why it is that they are affected rather than someone else," says Rae Vann, a partner with Norris, Tysse, Lampley, & Lakis, which describes itself as a "management-side labor and employment law firm."

Under the Age Discrimination in Employment Act of 1967, it's illegal to discriminate against anyone age 40 or older in the workplace with regard to hiring, layoffs, promotions, pay, and benefits.

Here's what you should do if you think age is playing a role in your workplace woes:

If you're still employed and are an older worker, you should make an effort to negate stereotypes that seniors are less flexible and energetic than younger workers or that they are uncomfortable with technology. "You really need to show that you are better than your colleagues, whatever age they may be," says Cathy Ventrell-Monsees, an employment discrimination attorney and president of Workplace Fairness, an employment rights nonprofit organization. Taking a few classes to keep yourself valuable is a great way to stay ahead of the curve.

If you think you were laid off or denied a promotion unfairly because of your age, you will generally need proof. "The individual has to demonstrate that they are over age 40, performing their job in an acceptable fashion, and were replaced by a more highly paid younger employee while the older employee was let go," says Eric Dreiband, a partner at the law firm and former EEOC general counsel. "Typically, the proof involves statistics that demonstrate that the overall plan to lay people off tended to affect workers over age 40 disproportionately." Collect documents that indicate you performed at least equally as other employees on the job. "Keep a record of performance evaluations and gather what evidence you can to see if you were treated differently than similarly paid workers," says Ventrell-Monsees.

An age discrimination charge must be filed with the EEOC within 180 days of the date of the alleged violation under the Age Discrimination in Employment Act of 1967, which protects workers ages 40 and older who work for companies that have at least 20 employees. Some state and local laws extend the filing limit to 300 days.

Workers can be asked to waive their right to pursue age discrimination charges in exchange for a buyout, severance pay, or an early retirement incentive offer. "Oftentimes those types of agreements are accompanied by or include agreements not to sue the company for claims that could have been raised at that time," says Vann. You may want to consult an attorney if you think you were singled out because of age. Employers are required to give workers at least 21 days to consider an offer, which increases to 45 days for a group layoff. After signing the contract, employees have seven days to revoke it. Make sure that you have a legitimate claim before passing up the cash. "If you have a court case and you don't win, you miss out on your severance agreement," cautions Michael Campion, a professor of management at . "In seven years you might get money, or you might not get any more than you did in your severance."

If you still work for the company, try voicing your concerns to your supervisor or the human resources department. "When an older worker confronts the differential treatment from the supervisors, sometimes they don't even realize at the time that they were treating the older worker less favorably," says Ventrell-Monsees. Sometimes you can correct the situation internally without going to court.

Think logically about your layoff

Older workers are especially vulnerable after a layoff because it generally takes them more time to find a new job. The typical laid-off worker age 55 and over was unemployed for 28.6 weeks in July, compared with 23.4 weeks for younger workers, according to the statistics.

"Everyone who gets let go is mad, and they all think they are getting ripped off," says Campion. But that doesn't necessarily mean that you were a victim of age discrimination or that you should pursue a legal remedy.

Try to think logically about whether you have solid proof that age played a role in your layoff. "I'm in my mid-50s, and not a day goes by when I don't make a joke about aging," says Campion. "It's funny until you lose your job and then all of sudden age is not funny."

[ Read Proving Age Bias Isn't Easy, But Your Case May be Strong ]