Get Your Armor on 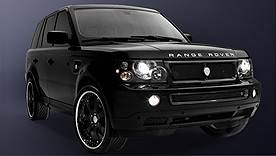 Ronni Chasen was beloved by the Hollywood community -- and when she was murdered on her way home from a movie-premiere party in swank Beverly Hills, it sent a shock wave that is still reverberating. The seemingly senseless act of violence -- her car was struck by numerous bullets presumably fired from another car -- has added a new level of fearfulness in a moneyed society that was already wary of follow-home robberies and celebrity stalkers. One outcome of the crime is an increased demand for armored vehicles. International Armoring Corporation -- the leader in armored passenger vehicles based in Ogden, Utah -- has experienced a 150-percent demand increase in the wake of the shooting. Most of that increase has come from California, a state that already was a leader in armored vehicle sales due to concerns about drug trafficking on its shared border with Mexico. Both public figures and private individuals looking to increase their families’ safety are taking a new look at armored vehicles.

If you think today’s armored cars are much like the ones Al Capone was chauffeured in during the Roaring Twenties, think again. Current state-of-the-art armoring uses high-tech, relatively lightweight materials -- and because of that, virtually any vehicle can be armored to protect passengers of these vehicles from high-powered handgun (like the one used in the attack of Ronni Chasen) or rifle attacks. International Armoring Corporation uses a proprietary material it calls Armormax, which adds less than 400 pounds to a fully-armored, handgun-protected vehicle. At first, the cost for vehicle armoring might not seem inexpensive. Prices begin at $5,800 for a fully armored vehicle door -- which includes curved, original-looking ballistic glass window -- and many clients request that all four doors be armored. But when one considers what is at stake, $25,000 or so seems a small price to pay. Rather than buying a from-the-ground-up armored car, most U.S. clients now transform their own vehicles. Installation usually takes five to 10 days.

“Armored passenger vehicles in the U.S. are no longer just for the rich and famous. Gone are the days of feeling it will never happen to me,” says Mark Burton, CEO of International Armoring Corporation. “These vehicles can provide a peace of mind to anyone who feels a perceived threat. These converted vehicles maintain their original appearance and performance, yet protect occupants against those random acts of violence that appear more common every day.”

Prior to the Chasen shooting and the increase of violence along the border of Mexico, most of the demand for armored vehicles had come from offshore. Mexico, Nigeria, the Philippines and the Middle East have all been vibrant markets for armored vehicles -- something that might give you second thoughts about them as vacation destinations. But recent events in the U.S. have caused Americans to reevaluate their personal safety at home. As tragic events become headline news, the demand for armored vehicles increases. It is an area of safety that, thankfully, few of us have had to worry about -- but that might be changing

Driving Today Auto Review - Get Your Armor on